The question of arresting the suspects in the JNU attack will be left to the courts, Delhi Police sources said.

Delhi Police sources said they will not arrest anyone for the horrific violence at JNU.

In an unusual move, the Delhi Police may not make any arrests in the case of the violence that erupted in the capital's premier Jawaharlal Nehru University (JNU) on January 5 this year.

Instead, they may simply file a chargesheet, mentioning the accused, leaving the question of arrest to the courts.

The clarification comes amidst a raging debate over why, 40 days later, the police have not acted against those responsible for the violence, as an armed, masked mob went on a campus-wide rampage. Several students were injured, some badly. A faculty member was hit on the head.

The attack generated a rich visual trail, with multiple videos and images of the suspected attackers, as well as screenshots of WhatsApp messages of those planning the attack, going viral, a digital trail which pointed to the role of the Akhil Bharatiya Vidyarthi Parishad (ABVP), the student wing of the ruling BJP's ideological mentor Rashtriya Swayamsevak Sangh (RSS). 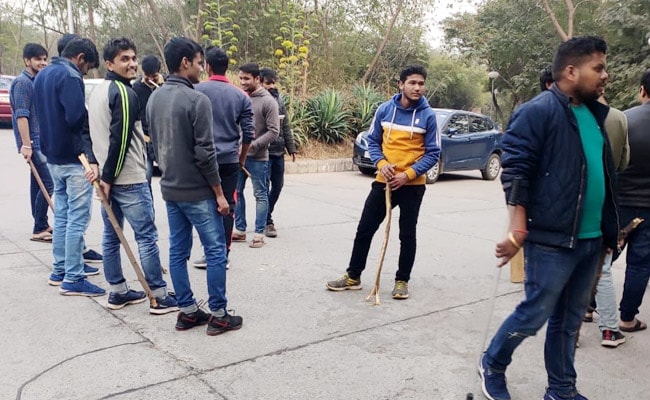 ABVP members photographed near JNU with sticks on the day of the attack.

The attack is believed to have been in retaliation to ABVP students being beaten up by students from Left unions earlier in the day, also captured on amateur videos.

The police have registered three First Information Reports (FIRs) and are said to have questioned 70 witnesses.

Despite this, the police say they are not able to conclusively gather enough evidence to make arrests.

Human rights lawyer Colin Gonsalves says the police is reluctant to make arrests because of the involvement of the ABVP.

The police have faced criticism for shielding the role of the ABVP, and tilting the greater blame towards Left unions, even though the intensity of violence and scale of injuries was higher in the ABVP-linked attack. 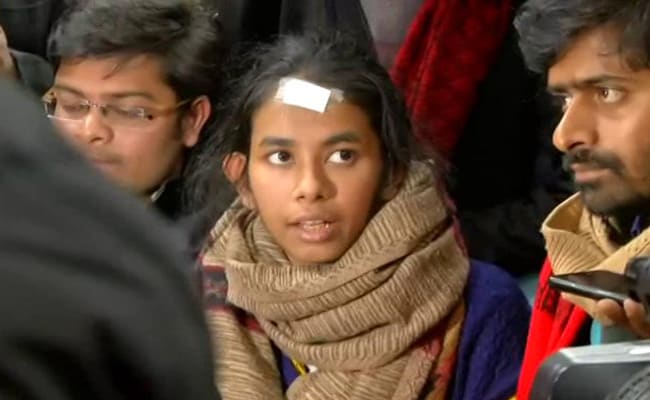 JNU Students' Union president Aishe Ghose was named as one of the accused by the police.

In a briefing last month, the police released images of nine potential suspects. Of the nine, seven were identified as members of Left unions, something the police chose to pointedly underline.

Photos of two others were released, but the police chose not to share their affiliation; even though NDTV - and other media outlets - had found the two were linked to the ABVP.

The police says the chargesheet is likely to name the president of the JNU students union, Aishe Ghosh, who belongs to a Left wing student group, as well as other Left-linked students.

Police officials say members of the ABVP are also likely to be charged.

Experts say the police are under no compulsion to make arrests, but that the violence in JNU matches the criteria for taking the accused into custody.

If not arrested, an accused in such a case poses a threat to the surrounding area, may intimidate victims as well as witnesses, and may try to evade arrest, senior advocate Majeed Memon told NDTV.