Bhanu Pratap Sahi was the Health Minister in the cabinet of Madhu Koda and was chargesheeted by the Central Bureau of Investigation and the Enforcement Directorate for illegal purchase of medicines. 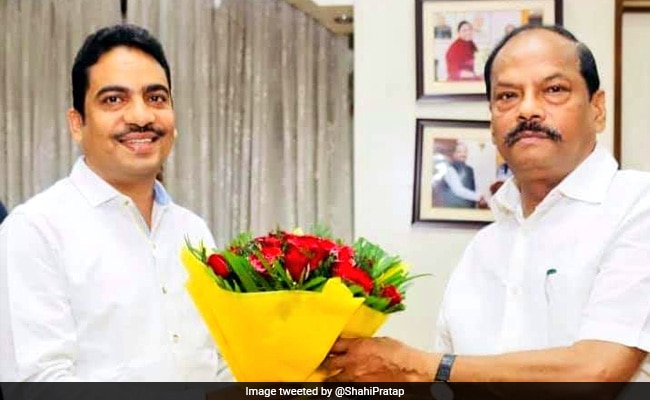 The BJP candidates' list in Jharkhand contains a few surprises when it comes to candidates accused of corruption. The list of 52 candidates released for the state's 81 seats, contained the name of Bhanu Pratap Sahi, accused in the Rs 130 crore medicine scam during the tenure of government led by Madhu Koda between 2006 and 2008. But the ticket for senior Minister Saryu Rai, who exposed several scams -- including the fodder scam in undivided Bihar and later, the 800-crore mining scam in Jharkhand -- was kept on hold.

Bhanu Pratap Sahi was the Health Minister in the cabinet of Madhu Koda and was chargesheeted by the Central Bureau of Investigation and the Enforcement Directorate for illegal purchase of medicines.

Under the rules of the National Rural Health Mission, the state is expected to purchase medicines only from Public Sector Undertakings. But under Bhanu Pratap Sahi, the ministry had bent rules to purchase medicine and medical apparatus at overrated prices in exchange for kickbacks. The agencies said 19 private companies were involved in the dubious deals.

In May 2014, the Enforcement Directorate confiscated assets worth Rs 7.98 crore of the former minister under the Prevention of Money Laundering Act or PMLA. The agency officials said he had amassed the assets between 2005 and 2009.

The BJP, however, has so far denied ticket to Saryu Rai, legislator from Jamshedpur West and one of the most prominent faces of the party in the state.

Party sources say Chief Minister Raghubar Das has reservations about Mr Roy's candidature as despite being a minister, he was vocal about wrongdoings. He also skipped cabinet meetings often, which did not sit well with the Chief Minister.

The man behind exposing fodder and bitumen scam in undivided Bihar, Mr Rai had questioned his own government's decision to renew the leases of 105 mines in January 2017. He had walked out of the meeting, sarcastically saying that if the CBI ever probes the move, he does not want to go jail.

In 2009, he exposed the mining scam, in which mines were leased illegally in exchange of bribes during the two-year tenure of Madhu Koda from 2006 to 2008.

The BJP has set itself a target of winning 65 of the state's 81 seats. In 2014, it won 37 seats and reached the majority mark of 41 with the support of ally All Jharkhand Students' Union and MLAs from other parties.