Jessica Lall Killer Manu Sharma "Forgiven" By Her Sister, Is In Open Jail

Jessica Lall murder convict Manu Sharma supposedly works with a non-profit in his name, which claims to work for rehabilitation of prisoners and their children.

Manu Sharma was convicted of the 1999 murder of Jessica Lall at a bar during a private party.

New Delhi: Twelve years after Manu Sharma was sentenced to life in prison for killing model Jessica Lall for denying him a drink at a party, her sister Sabrina Lall says she "forgives him" and won't object to his release. "His conviction was closure for me," she said today, wishing to "let go of the baggage" and move on.

Sabrina Lall has written a letter to the welfare officer at Delhi's Tihar Jail, where Manu Sharma has spent the last 12 years. "I am told that in this period he has been doing good work for charity and helping inmates in jail which I feel is a reflection of reform... I would like to state I have no objection to his release, owing to the fact that he has spent 15 years in jail," says her handwritten letter dated March 5. Sabrina Lall also refuses compensation.

"I have been hearing from common friends that he has been doing good work in jail and believe he has reformed. I have no issues if he is released," the 49-year-old told NDTV.

"My family has suffered a lot and this is a load off my chest."

Manu Sharma has been moved to an "open jail" on grounds of good conduct. The 41-year-old is allowed to leave the prison every day for work and return in the evening.

"Manu Sharma has been in an open jail for the past six months," the Tihar Jail Director General Ajay Kashyap told NDTV, adding that prisoners who have shown good conduct over the years are shifted to an open jail. 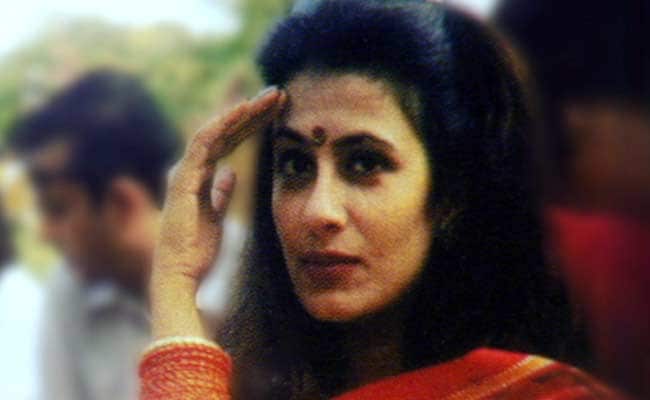 Manu Sharma, or Siddharth Vashishta, supposedly works with a non-profit in his name, set up for the rehabilitation of prisoners and their children.

The son of former minister and Congress politician Venod Sharma, Manu Sharma was convicted of shooting dead Jessica Lall during a private party in 1999. When Jessica Lall refused to serve him a drink late at night, a furious Manu Sharma whipped out his gun and shot her at point blank range, said witnesses.

His acquittal by a trial court sparked outrage and protests across the country until the case was readmitted in 2006 in the Delhi High Court. After the court examined evidence overlooked by the lower court, Manu Sharma was held guilty of murder. The Supreme Court confirmed that verdict.

Sharma has spent around 15 years in prison from the time he was arrested.

Alleged special treatment to him in jail often made news.

In September 2009, he was granted 30-day parole -- despite police objections -- for the funeral of his grandmother and on grounds that he needed to look into the family's business. After parole was extended, he was seen at a discotheque in Delhi. It was also learnt that his grandmother had died earlier.

Promoted
Listen to the latest songs, only on JioSaavn.com
He was forced to return to prison in November after it emerged that he had been visiting night clubs in Delhi and was also involved in a fight.

Manu Sharma was granted parole again in 2011 for the wedding of his younger brother. Then in 2013, he appeared for his Master's degree exams.