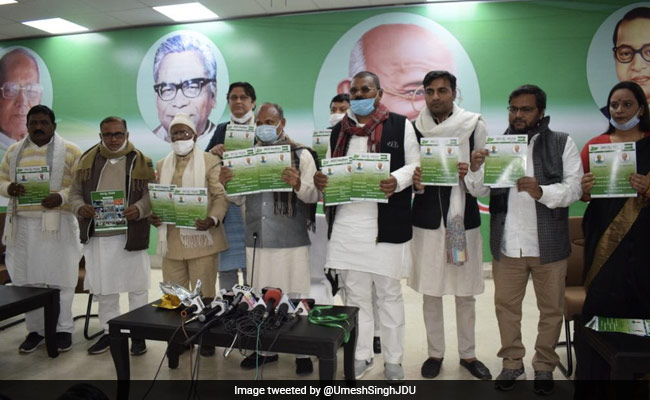 Janata Dal United on Monday became the first major party in Bihar to have its own mouthpiece, that will be published monthly both in Hindi as well as English.

He called for bringing out editions of the monthly in different dialects, including in Angika, Bhojpuri, Magahi and Maithili and urged party workers to contribute to it with their writings.

Party's state president Umesh Kushwaha, who was also present on the occasion, hailed the launch of the mouthpiece and said it would help make people aware of what the JD(U) stood for and in what respects it was unique.

The launch is being seen as yet another attempt by Nitish Kumar, the de-facto leader of the party, to rejuvenate the organisation, which was battered by the drubbing in the assembly elections held recently.

In recent times, Nitish Kumar has effected a major revamp in the party structure in an attempt to consolidate his core support base of "Lav Kush" (a colloquial term for Kurmis, Koeris and Kushwahas).