The noxious haze returned to Delhi and its suburbs on Tuesday with raging stubble fires in neighbouring states, fall in the temperature and wind speed pushing Delhi air quality in the "severe" zone. 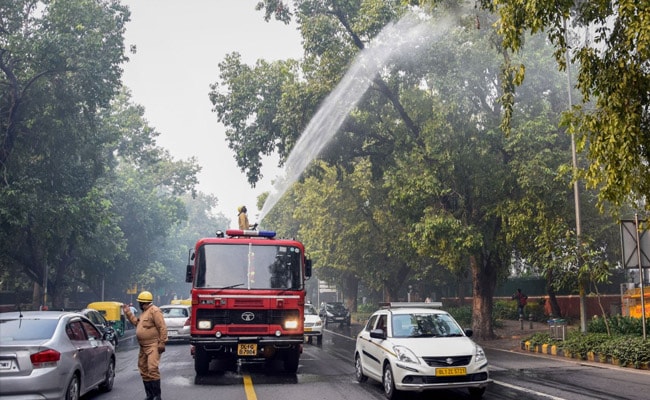 With the air quality in Delhi and nearby areas hitting hazardous levels once again, the Supreme Court today slammed the centre over the issue of air pollution in the capital and other parts of north India.

The top court has asked the government to explore the possibility of using hydrogen-based fuel technology to find solutions to combat air pollution in Delhi.

The government told the court that it is exploring technology, including those from Japan, to tackle air pollution. Centre to submit a report on it by December 3.

"In our view, little constructive efforts have been made by the government and other stakeholders to find solution to the problem,"a top court bench comprising outgoing Chief Justice of India Ranjan Gogoi and Justice SA Bobde said. "The whole of north India, NCR is suffering from the issue of air pollution," the court said.

Solicitor General Tushar Mehta told the bench that a university in Japan conducted a research keeping in view the air pollution in the National Capital Region and northern India. He said the research is quite innovative and the government thinks it can use the technology to combat the prevailing pollution levels in the region. The solicitor general introduced to the bench a researcher from a university in Japan, Vishwanath Joshi, who apprised it about the hydrogen-based technology that has the potential to eradicate air pollution.

The noxious haze returned to Delhi and its suburbs on Tuesday with raging stubble fires in neighbouring states, fall in the temperature and wind speed pushing the city's air quality in the "severe" zone.

The government has been asked to submit a report on the feasibility of using hydrogen-based fuel technology by December 3.

The top court said there is a need for a permanent solution to the air pollution which has been affecting the people in the National Capital Region and the rest of north India.

The overall air quality index (AQI) in the city was 494 on Wednesday morning, according to the monitoring agency SAFAR. The index measures the levels of airborne PM 2.5 - particles that can reach deep into the lungs.

With winter setting in, Delhi is likely to suffer for weeks. "Now that it is getting colder, air is not rising high enough to disperse pollutants. The whole trapping is happening close to the ground," Anumita Roy Chowdhury, an executive director at Centre for Science and Environment, was quoted as saying by news agency Reuters.