The announcement was made after a meeting of the Delhi election committee of Jannayak Janata Party (JJP), chaired by Haryana Deputy Chief Minister Dushyant Chautala. 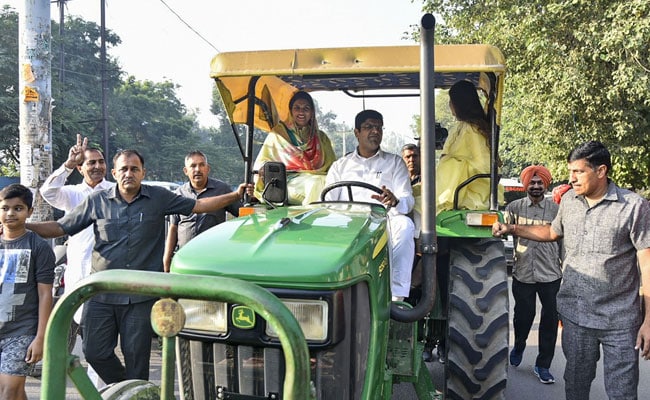 The JJP, which is in alliance with the BJP in Haryana, on Saturday announced that it will contest the Delhi assembly elections but put the ball in the saffron party's court on the question of alliance.

The announcement was made after a meeting of the Delhi election committee of Jannayak Janata Party (JJP), chaired by Haryana Deputy Chief Minister Dushyant Chautala.

Mr Chautala, who is also the Delhi in-charge of the party, announced that the JJP will contest the elections to be held on February 8 and will formally bring out its poll manifesto, the party said in a statement.

After the meeting, Digvijay Chautala, Dushyant's younger brother, said the party has been active in the national capital and it has also formed its units there.

On the question of forming a coalition with the BJP, Digvijay Chautala said JJP is running the Haryana government in alliance with the saffron party and it respects the coalition ''dharma''.

"If coalition talks with BJP will take place, the party will hold the meeting again but the final decision will be taken by party founder Dr Ajay Singh Chautala," he said.

The party will fight for poor people, farmers and labourers in the polls, he said.