JD(U) national president said the party wants to expand in Jharkhand and Khiru Mahto will help in this. 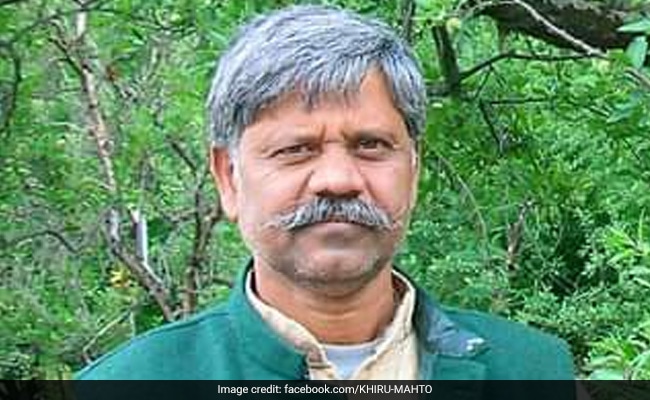 JD(U) has named Khiru Mahto as the party's candidate from Bihar for Rajya Sabha elections.

Speaking to ANI, JD(U) national president said the party wants to expand in Jharkhand also and Khiru Mahto who has been associated with the party for a long time will help in this.

"Khiru Mahto has been associated with the party since it was formed. This time we've decided to nominate him for Rajya Sabha. We want to expand our party to Jharkhand as well. We assess his nomination would help us there," the JD(U) President said.

Elections to 57 Rajya Sabha seats falling vacant due to the retirement of members from 15 states will be held on June 10. The members are retiring on different dates between June 21 and August 1. Eleven seats are due to fall vacant from Uttar Pradesh this year, while six members each will retire from Maharashtra and Tamil Nadu. Five Rajya Sabha MPs will retire from Bihar while four each will depart from Rajasthan, Andhra Pradesh and Karnataka.

Apart from these, seats will fall vacant when three members each from Odisha and Madhya Pradesh, two each from Chhattisgarh, Telangana, Punjab, Haryana and Jharkhand, and one from Uttarakhand retire.