Jammu-Srinagar Highway Reopens After Traffic Disruption Due To Landslide

The landslide struck the Jammu-Srinagar Highway near Bhoom in Chanderkote area around 7 pm on Saturday, leaving over 2,000 Jammu-bound vehicles stranded. 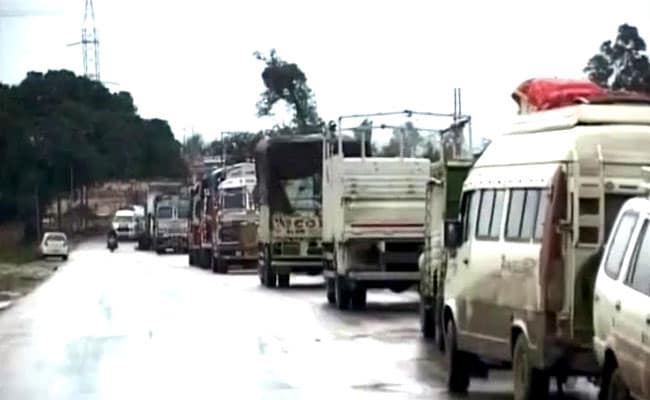 Jammu-Srinagar Highway: Most passengers had spent the night in their vehicles. (Representational)

Traffic on the 270-km-long Jammu-Srinagar National Highway was restored on Sunday morning after remaining suspended for over 14 hours due to a massive landslide in Ramban district, officials said.

The landslide struck the highway near Bhoom in Chanderkote area around 7 pm on Saturday, leaving over 2,000 Jammu-bound vehicles stranded.

Soon after the landslide, the road maintenance agency concerned pressed its men and machinery into action and managed to clear the highway of the debris during the clearance operation which continued throughout the night, the traffic department officials said.

The reopening of the highway around 9 am on Sunday came as a big relief to the stranded passengers, most of whom had to spend the night in their vehicles, the officials said.

Once the stranded vehicles are cleared, they said the Srinagar-bound vehicles will be allowed to move from Jammu later in the day.

Traffic on the highway is restricted to one-way and is moving alternatively from Srinagar and Jammu in view of the ongoing four-lane project.