During a telephonic conversation with the governor, the home minister enquired about the flood situation in certain parts of Jammu and Kashmir. 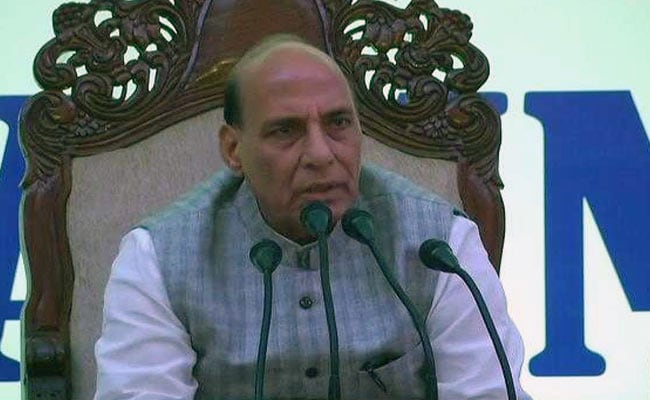 During a telephonic conversation with the governor, the home minister enquired about the flood situation in certain parts of Jammu and Kashmir.

Mr Singh assured all possible support and cooperation to the state in dealing with the situation, a Home Ministry official said.

Yesterday, a flood alert was sounded in central Kashmir and in the state's Jammu region, three people died in rain-related incidents.

Srinagar-bound traffic on the Jammu-Srinagar Highway was suspended due to the lurking threat of floods in the Valley, leaving hundreds of commuters stranded.

The Amarnath Yatra was halted again as both the Pahalgam and Baltal routes had become slippery because of the rain, a spokesperson of the Shri Amarnath Shrine Board had said.

People living in areas along embankments of the Jhelum River and streams, and in low-lying areas of central Kashmir were advised to remain vigilant, an official said.

Mr Vohra is the administrative head of Jammu and Kashmir as it is currently under Governor's rule.