The Delhi High Court refused to provide any interim relief to student protesters from any coercive action, including arrest. As the order was read out, lawyers present in the court chanted "shame, shame". 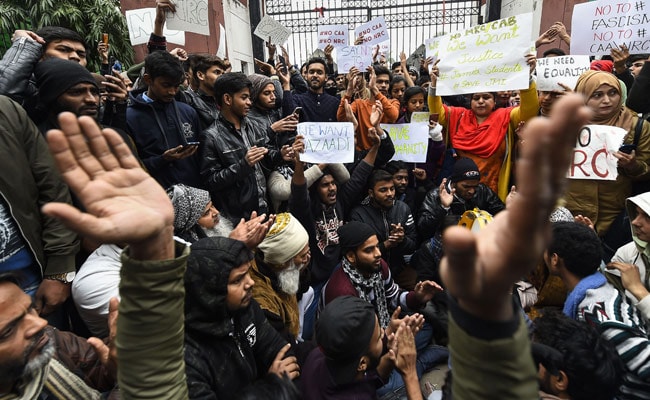 Violence had broken out during the Sunday's protest held by the Jamia students.

Protesting students of Jamia Millia Islamia will not get any relief for now, the Delhi High Court said today in response to a clutch of petitions filed regarding Sunday's violence. Many of the students were allegedly injured during the police crackdown at the university late on Sunday evening. At least six petitions had sought medical treatment and compensation for them.

A bench of Justice DN Patel, however, refused to provide any interim relief to student protesters from any coercive action, including arrest. As the order was read out, lawyers present in the court chanted "shame, shame".

The court, which was hearing  petitions requesting the formation of a judicial commission to investigate the violence at the Jamia Millia Islamia on  Sunday, has issued notice to the Centre, the Delhi government and the police.

The order came amid a nationwide protest against the Centre's new citizenship law, which is meant to expedite citizenship for non-Muslims from Pakistan, Afghanistan and Bangladesh who settled in India before 2014.

A protest on the same on Sunday - organised by the Jamia students -- had ended in a pitched battle with the police. Later, the police had barged into the university without permission and detained around 100 students. There were allegations that they had targeted the university's staff and students, setting off a string of protests in the campuses across the country, some of which went on overnight.

One of the petitions, filed on behalf of the Imam of Jama Masjid, said the students and teachers were holding a peaceful protest against the amended Citizenship Act, but the police disrupted it and used "unjustified, excessive, arbitrary and brute force" against them, reported news agency Press Trust of India.

Immediate action was required against the erring police officers so they "do not get any time to fabricate and manufacture facts and evidence against the protestors", the petition read.

It also said that every citizen has the right to peacefully hold protests and police assault on such protesters was a violation of their fundamental right.