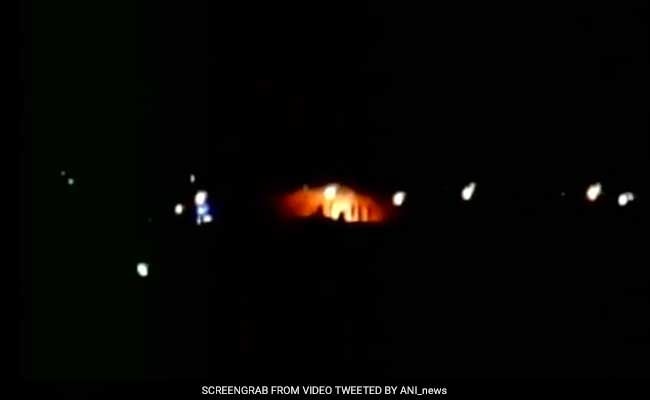 The Jaguar fighter jet was destroyed in the accident.

Defence sources said the pilot spotted fire during the take off roll, aborted the take off and carried out safe exit.

"Today evening at Ambala air field, a Jaguar aircraft aborted takeoff while getting airborne for a routine night flying mission. The pilot carried out safe and quick exit. The aircraft caught fire," an IAF spokesperson said in New Delhi.

Promoted
Listen to the latest songs, only on JioSaavn.com
A court of inquiry has been ordered into the accident. On Saturday, another MiG-21 trainer aircraft crashed in Rajasthan's Barmer district but no loss of life was reported with both the pilots ejecting safely.
The MiG-21 T-69 aircraft, which took off from the Uttarlai airforce station in Barmer, crashed near the airbase.