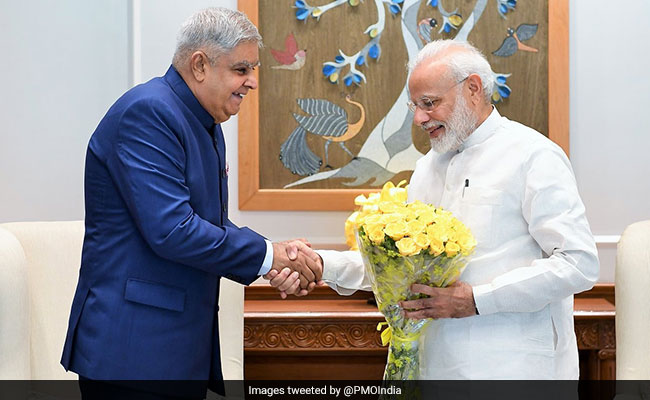 West Bengal Governor Jagdeep Dhankhar on Tuesday called on Prime Minister Narendra Modi in Delhi and held an hour-long meeting with him, a source at Raj Bhavan said.

"The PM met the governor at his Lok Kalyan Marg residence in New Delhi today. The meeting lasted for an hour," the source said.

The governor was accompanied by wife Sudesh Dhankhar and two children.

"He (Jagdeep Dhankar) enquired about the health of veteran BJP leader Arun Jaitley and wished his speedy recovery," the Raj Bhavan source added.