It's Trinamool's Nakuldana Vs BJP's Laddoo In West Bengal's Birbhum

It all started with Trinamool's district president Anubrata Mondal declaring recently that nakuldana was a cure-all. 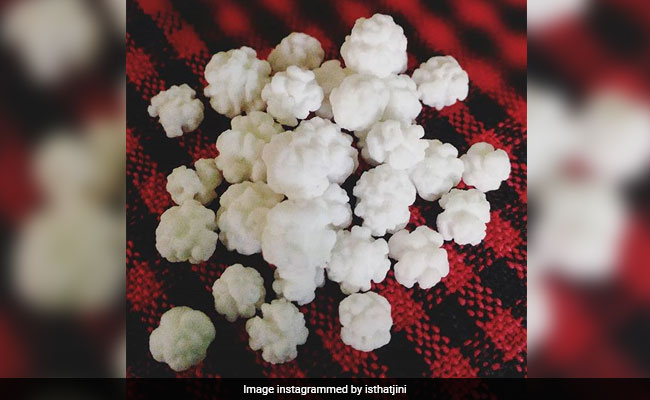 Trinamool workers are distributing local sweet nakuldana -- made of flour and sugar -- to voters.

It is turning out to be the "sweetest" election for the people of Bolpur constituency in West Bengal's Birbhum district, otherwise infamous for political bickering and violent clashes.

While Trinamool workers are pampering voters daily by distributing a local sweet nakuldana -- made of flour and sugar -- the Bharatiya Janata Party activists are handing out laddoos to people.

It all started with Trinamool's district president Anubrata Mondal declaring recently that nakuldana was a cure-all.

"If people eat nakuldana they would be cured of all illnesses. And all votes will go to the Trinamool," said Mr Mondal cryptically.

He then ordered the party workers to liberally distribute nakuldana. Now Mr Mondal's words have the "force" of law for all sections of Trinamool workers in the district.

Since then, Trinamool workers have religiously started distributing nakuldana to people on the streets and at markets.

Some even went door to door with crates of nakuldana.

Finding the Trinamool getting all the media glare, the BJP came up with the idea of countering nakuldana with the desi laddoo.

BJP candidate Ramprasad Das went to a temple, offered flowers to the deity, and came out playing the drum. Then, he offered laddoos to the people.

A BJP procession moved around the constituency with women workers in the vanguard carrying laddoos for consumption of the masses. They offered laddoos to motor cycle riders, rickshaw pullers, and anyone else they laid their hands on.