The Congress has strongly opposed the ending of Jammu and Kashnir's special status under Article 370 and the bill to bifurcate the state into two union territories. 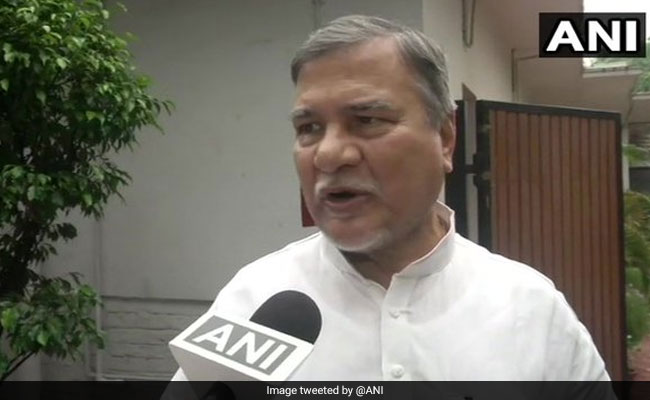 On a day it fronted protests in parliament against a massive government move to scrap special status for Jammu and Kashmir under the Article 370 of the constitution, the Congress lost a key voice, Bhubaneswar Kalita, who, as Chief Whip, was supposed to keep the flock in line.

Bhubaneswar Kalita, a senior Congress leader from Assam, resigned from the Rajya Sabha and quit the party saying he disagreed with its stand on Article 370 as it was "against the mood and emotions of the nation".

He said in a statement: "The Congress has asked me to issue a whip on the Kashmir issue. But the truth is that the mood of the nation has completely changed and this whip is against the public sentiment across the country... It seems the Congress is committing suicide with this ideology and I don't want to be part of this. I will not follow the whip and I resign... today's Congress party leadership is trying to destroy the Congress. I believe nothing can stop the party from being ruined."

The Congress has strongly opposed the scrapping of provisions under Article 370 and the government's bill to bifurcate Jammu and Kashmir into two union territories. "I had never imagined that the head of the state, which is India's crown will be chopped off," said Congress leader Ghulam Nabi Azad. "You have made light of the state of Jammu and Kashmir," he added, calling it a "matter of shame" that the centre had reduced the state to a non-entity.

Before Mr Kalita, the Congress had lost another Rajya Sabha member, Sanjay Sinh, over the weekend.

The fall in opposition's strength in the Rajya Sabha will help the ruling BJP, which is short of a majority in the house.

The Congress' strength has come down to 46 in the 245-member house.

Article 370 gave Jammu and Kashmir its own constitution and decision-making rights for all matters barring defence, communications and foreign affairs. It made it necessary for the centre to get the state legislature's approval for introducing any policies or constitutional powers to the state.

Its removal ends special status for Kashmir, which was key to its accession to India in 1947.

The government received support from parties like ally Shiv Sena and even from rival leaders like Chandrababu Naidu, Arvind Kejriwal and Mayawati. BJP ally Nitish Kumar's party was among those who opposed the move.