Satellite Launched By ISRO, Made By Students, Is Lighter Than A Chair

ISRO: The Kalamsat-V2 is the lightest satellite in the world, the ISRO said, adding it's the first satellite designed and built by an Indian private entity to be launched by ISRO

The world's lightest satellite, made by Indian students, was successfully placed in orbit by a rocket launched by the ISRO on Thursday night. It's on the house - not a single rupee is being charged by the Indian Space Research Organisation (ISRO) for the task. The satellite designed and built by students who work with a private organisation called "Space Kidz India" in Chennai weighs less than a wooden chair at only 1.26 kg.

It cost Rs 12 lakh to make and was made ready in six days, though the group perfected the technology over a span of six years, said Srimathy Kesan, a 45-year-old professional who steered this motley group of 20-something at Space Kidz India.

The Kalamsat-V2 is the lightest satellite in the world, the ISRO said, adding Thursday's launch from the Satish Dhawan Space Centre in Sriharikota also marks another milestone - it's the first satellite designed and built by an Indian private entity and Space Kidz India to be launched by ISRO. 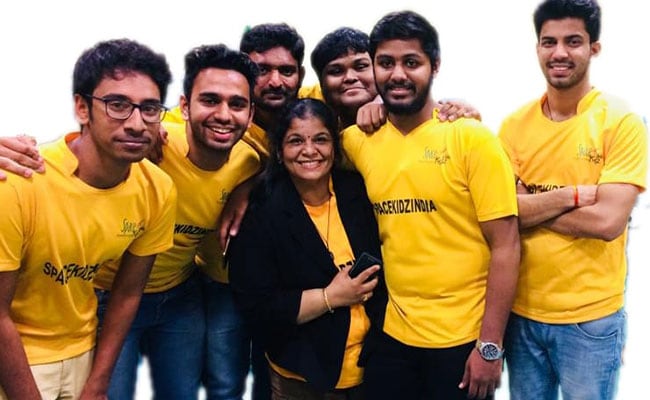 Kalamsat-V2 was designed and built by students who work with a private organisation called "Space Kidz India" in Chennai.

Prime Minister Narendra Modi congratulated scientists of ISRO for the launch. "Heartiest congratulations to our space scientists for yet another successful launch of PSLV. This launch has put in orbit Kalamsat, built by India's talented students," PM Modi tweeted.

A 64-gram earlier version of the Kalamsat nicknamed "gulab jamun" because of its puny size was launched by the National Aeronautics and Space Administration (NASA) in 2017. But it never reached orbit.

The main passenger in Thursday's  launch of the space agency's workhorse, Polar Satellite Launch Vehicle (PSLV), was a 740-kg satellite called Microsat-R that will be used to take high-resolution photos of the Earth for defence research. 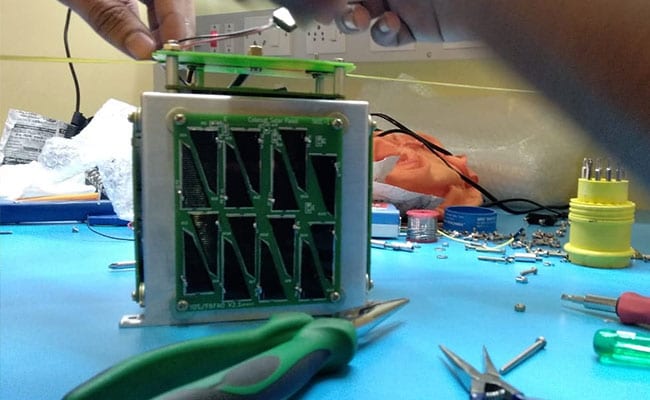 The satellite cost Rs 12 lakh to make and was made ready in six days.

The 44.4-metre-long PSLV that weighs 260 tonnes took both satellites into orbit on its 46th launch.

The ISRO will also convert the last stage of the rocket, which actually turns into space debris, into a working experimental platform. This is a new way of creating wealth from waste in space as the debris would now remain functional and help in research.

"In this mission, the fourth stage... will be moved to higher circular orbit so as to establish an orbital platform for carrying out experiments," ISRO chairman Kailasavadivoo Sivan told NDTV.

In its last mission on November 29 last year, the ISRO successfully placed India's Earth-observation satellite HysIS onboard the PSLV C43 into orbit.