The central government had called the blast a terrorist act and handed over the investigation to the anti-terror agency. 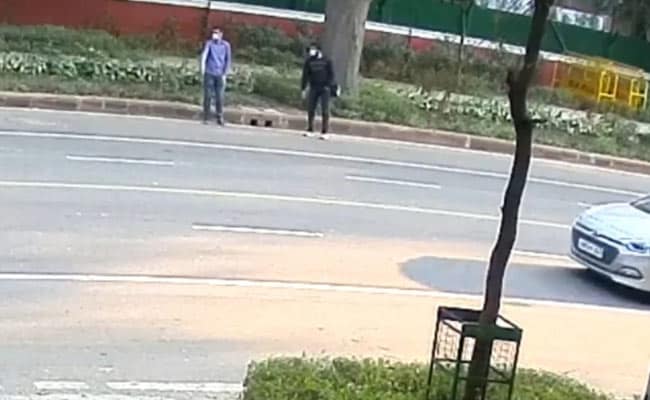 Four men from Ladakh's Kargil district, suspected to be involved in terror activities, have been arrested by the Delhi police's special cell. According to sources, security forces have found evidence pointing at their involvement in a blast outside the Israel Embassy in January this year. They are currently being interrogated in the national capital.

According to Delhi Police spokesperson Chinmaya Biswal, those arrested have been identified as Nazir Hussain, Zulfikar Ali Wazir, Aiaz Hussain and Muzammil Hussain; all belong to Kargil's Thang village.

They have been brought to Delhi under transit remand. They were arrested under an open FIR after evidence linking them to the blast on January 29 was found, sources said.

Sources said at the time of the blast, their location was Delhi and their mobile phones were found to be switched off.

The National Investigation Agency, which has been investigating the high-profile case, had released a CCTV clip earlier this month that showed two men near the Israel Embassy on the day of the blast.

A low-intensity IED (improvised explosive device) exploded near the Israel embassy on APJ Abdul Kalam Road in central Delhi on January 29. The blast caused no harm to life or property, except shattering the windowpanes of three vehicles parked nearby.

The explosion took place on a day India and Israel were celebrating 29 years of their diplomatic ties.

The central government had called the blast a terrorist act and handed over the investigation to the anti-terror agency.

Soon after the blast, then Israel Prime Minister Benjamin Netanyahu said he had full confidence in the Indian authorities that they would investigate the incident and ensure safety of the people of Israel in India.

Foreign Minister S Jaishankar later tweeted that he had spoken to his Israeli counterpart and assured him of protecting the country's Embassy and its diplomats in India.