The Vice President made the remarks after his delegation-level meeting with President of Republic of Sierra Leone, Julius Maada Bio. 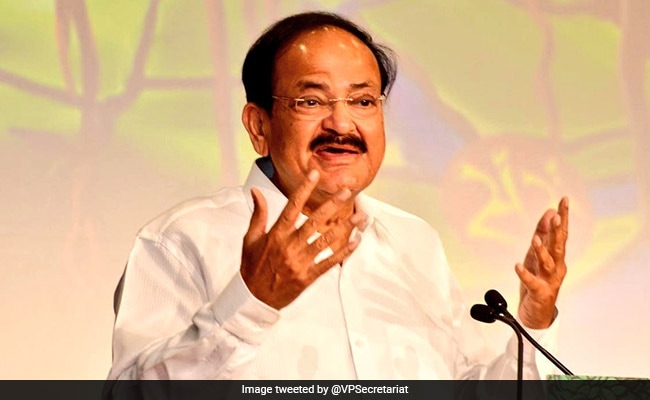 M Venkaiah Naidu said terrorism is one of the major challenges confronting the world today.

Vice President M Venkaiah Naidu on Sunday termed terrorism as one of the major challenges confronting the world today and said nations which aid and abet terror should be isolated.

"Terrorism is one of the major challenges confronting the world today. All the nations must intensify their collective efforts and strive to eliminate the menace of terrorism and also isolate nations which aid and abet terrorism. India has borne the brunt of cross border terrorism over decades," the Vice President said in a press statement during his visit to Sierra Leone.

The Vice President made the remarks after his delegation-level meeting with President of Republic of Sierra Leone, Julius Maada Bio.

Mr Naidu while thanking President Bio for Sierra Leone''s support to India''s candidatures in various International organisations, also called for reform in UNSC saying, "We agreed that both sides need to continue pushing for these reforms so that one-third of mankind residing in Africa and India occupy their rightful place at the high table in decision making bodies of the United Nations."

The Vice President also expressed his happiness at Sierra Leone joining the International Solar Alliance (ISA) in order to enable rapid deployment of solar energy globally and to facilitate the transfer of technology.

Terming the vibrant Indian community in Sierra Leone as an organic bridge between the two nations, Mr Naidu thanked President Bio for ''taking care of their welfare''.