Is Working For Dalit Rights Anti-National, Ask Protesters In Gujarat 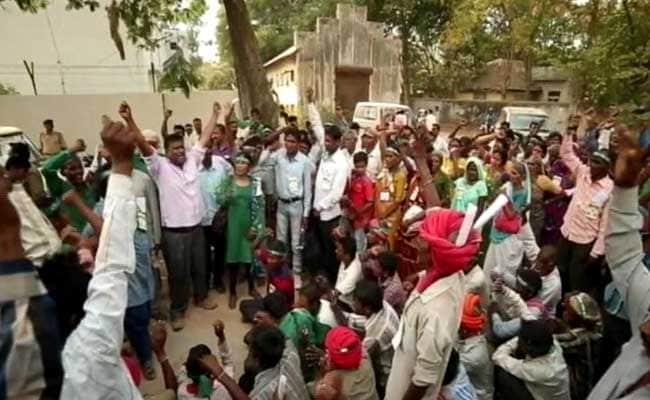 Protests have flared over a move to cancel FCRA license of Navsarjan, a Dalit organization in Gujarat.

New Delhi: On February 14, members of the Dalit community have called a massive protest rally against the Home Ministry's decision to cancel the FCRA permit or the license to receive donations from overseas for Navsarjan, one of Gujarat's most prominent Dalit organisations. Last July, Navsarjan had been involved in the campaign for justice after the Una incident, when seven Dalit youth were flogged by self-styled gaurakshaks or cow vigilantes while clearing dead cattle. The FCRA (Foreign Contribution Regulation Act) license was cancelled shortly after in December.

According to Navsarjan's founder Martin Mcwan, the government had last year renewed the FCRA license only to cancel it later in December with the following statement: "Navsarjan Trust has come to adverse notice for its undesirable activities aimed to affect prejudicially harmony between religious, racial, social, linguistic, regional groups castes or communities".

The FCRA cancellation has hit Navsarjan's activities. They have had to lay off old staff members who have worked in the field for more than 15 years. They may also have to shut down three schools for Dalit children who have faced exclusion and training centres that help Dalit youth develop skills that can open employment opportunities other than their caste profession.

Some 20,000 foreign funding licenses of non-governmental organisations have been cancelled or voluntarily not renewed over the last two years, according the Home Ministry, impairing abilities of many of them to work in areas ranging from rights, health to the environment.

Promoted
Listen to the latest songs, only on JioSaavn.com
The Una incident, captured on camera, went viral, triggering national and international outrage.  In the debates that followed in parliament, Navsarjan's comprehensive study title 'Understanding Untouchability' was cited to show the extent of caste oppression in Gujarat.

"We face violence daily, just doing what is our traditional occupation. The only people who first came to our rescue are now being targeted by the government, just look at what has happened to Navsarjan," says Lalji Chawda who says he along with his family will parch in protest on February 14th