Chief Economic Adviser Arvind Subramanian says farmers would not only lose the income from livestock as meat but also have to incur additional costs to maintain unproductive cattle. Already, he adds, there was research to suggest that returns to livestock farming are in any case "very low or even negative". 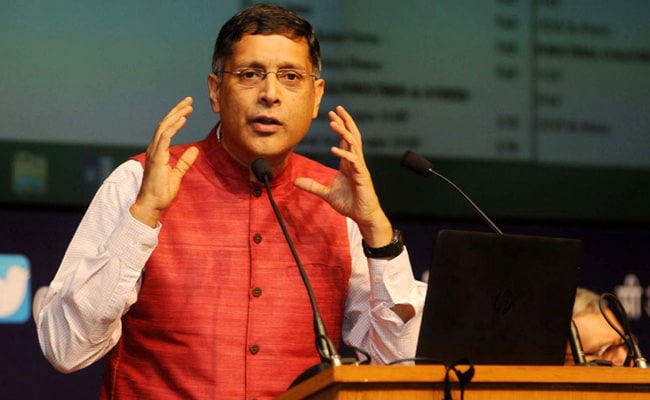 NEW DELHI: Arvind Subramanian, the government's Chief Economic Adviser, has broken his silence on the issue of cattle slaughter. And he doesn't seem to think banning it is such a great idea. The top economist on Monday cautioned the government that restrictions on cattle slaughter could lead to "considerable impact" on the economics of livestock farming.

Mr Subramanian said any government had a right to choose their social policies but "they must be fully aware of the economic costs of these policies".

The remarks come weeks after the Centre introduced a nationwide ban on trading of cattle for slaughter in animal markets. The rule has triggered widespread protests in states such as Kerala, Tamil Nadu and West Bengal, and in the northeast, where beef is a staple.

Mr Subramanian's boss, Finance Minister Arun Jaitley has defended the central rule, insisting that animal markets are meant for farmers and not traders.

The top economist has steered clear of the beef ban that has been aggressively pushed by the BJP in states where they are in power.

Last year, the top economist did drop hints that he had his concerns. "You know that if I answer this question I will lose my job," he famously told a group of Mumbai University students when he was asked about his views on the impact of beef ban imposed by Maharashtra's Devendra Fadnavis government on farmers' incomes or the rural economy.

On Monday, the chief economic adviser spoke his mind. He was delivering the National Academy of Agricultural Sciences Lecture on "Transforming Indian Agriculture: By Loving Some Agriculture Less and the Rest More".

His conclusion was blunt: That India's farm sector needed "more hard-nosed realism rather than woolly romanticisation of the Indian farmer" to transform agriculture.

Mr Subramanian didn't use the phrase cattle slaughter in the lecture. Instead, he referred to the terminal value of "unproductive livestock".

His primary concern with the ban was a point that has been echoed in reports from across India. That if the farmer wasn't able to sell the unproductive cattle for its meat, it would make livestock farming "less profitable".

Already, he added, research suggested that returns to livestock farming are in any case "very low or even negative".

Farmers would not only lose the income from livestock as meat but also have to incur additional costs to maintain unproductive cattle. "It must be recognised that the economics of livestock farming, and hence the fate and future of this source of livelihood will depend critically on the terminal value of assets, in this case the no-longer-productive livestock," he said.

Promoted
Listen to the latest songs, only on JioSaavn.com
"But there is more," he said. "Stray cattle, and a lot of it, will have to be looked after otherwise diseases (foot and mouth) could spread, leading to health hazards and social costs," he said.

And then, there was a possible fallout on human nutrition. Indians, he said, were already consuming less protein than they should. And what they needed was "both reduced cereal-centricity, and at the same time promoting - not hindering - alternative sources of protein from pulses, dairy and livestock.

"BJP Will Be Wiped Out": Lalu Yadav Ahead Of His Delhi Tour