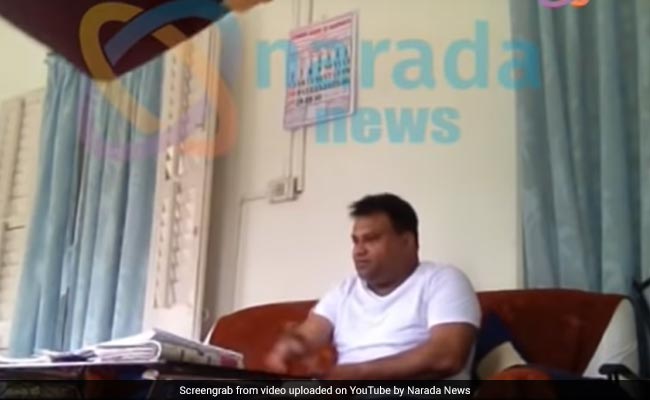 SMH Mirza was arrested and produced in court by the CBI on Thursday.

A serving IPS officer of the West Bengal cadre was arrested in Kolkata today by the Central Bureau of Investigation or CBI in the Narada sting operation case that hit headlines in March 2016 and showed persons resembling the officer and most of a dozen elected lawmakers of Trinamool Congress accepting cash from the journalist posing as a businessman totalling Rs 55 lakh.

SMH Mirza, who was serving as superintendent of police of Burdwan district in 2014 when the sting operation was conducted, has been sent to CBI custody till September 30.

His arrest has sent ripples across political parties. Trinamool leader Partha Chatterjee said, "I have said this before. All this is the result of failing to combat political leaders and using the agencies. What is to happen will happen. I don't know much about this arrest. I have nothing to say."

BJP leader Rahul Sinha said, "Many people should have been arrested already in this case. At least the process has now started."

Among Trinamool leaders who allegedly took cash in the sting tapes were six members of parliament, four state ministers and an MLA.

A seventh MP seen on the tape is Mukul Roy, who has since quit Trinamool and joined BJP. He did not take cash when offered by Mr Samuel and said it should be deposited in his office.

One of the four ministers purportedly seen taking cash, Sovan Chatterjee, has since joined the BJP.

Minister Firhad Hakim did not take cash and told the sting operator to give it to his office staff.

Minister Madan Mitra, who was jailed for links with the Saradha chit fund scam, is no longer a minister.

Two other people seen on tape were not elected representatives of Trinamool but close aides of lawmaker Abhishek Banerjee who is also Mamata Banerjee's nephew.

The sting operation was conducted in 2014. The tapes were made public in March 2016, just ahead of Assembly elections in Bengal.