INX Media Case Updates: Congress leader P Chidambaram was arrested by the ED in the money laundering case on October 16. 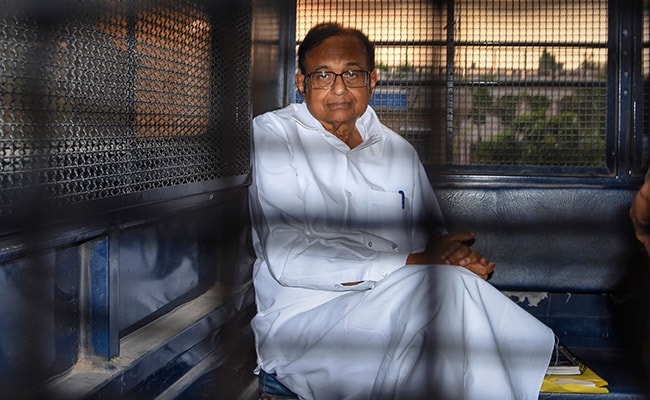 The Supreme Court grants bail to Congress leader P Chidambaram in the INX Media case lodged by the Enforcement Directorate. The court has granted bail on a bond of Rs 2 lakh with two sureties each and asked Mr Chidambaram not to leave the country without permission. Mr Chidambaram who was in custody for 106 days,has also been ordered not to make public statements or press interviews in connection to the case. On November 28, the top court had reserved the order on the petition filed by former finance minister Chidambaram, who is currently lodged in Tihar Jail.

The High Court on November 15 dismissed his bail plea and observed that prima facie allegations against him were serious in nature and he played an "active and key role" in the offense. CBI had registered a corruption case in this regard in May 2017.

Here are the Updates of the top court verdict on P Chidambaram's bail plea:

Mr P Chidambaram's 106 day incarceration was vengeful & vindictive. I'm glad that the SC has granted him bail. I'm confident that he will be able to prove his innocence in a fair trial.

Dec 04, 2019 13:57 (IST)
I am very happy that he is going to be back home, I am relieved. He will also be attending Parliament session tomorrow, Karti Chidambaram, son of P Chidambaram said.
Dec 04, 2019 11:40 (IST)
P Chidambaram will be released once we get the release order: DG Tihar prison
They will take the SC order to lower court and submit the sureties & bail bonds there, then the order to release him from jail will be issued. He will be released once we get the release order,  Sandeep Goel, DG Tihar prison said.
Dec 04, 2019 11:38 (IST)
The Supreme Court ordered the Registry to return the sealed covers submitted to the bench by the ED on the last day of the hearing, containing evidence connected to the case. Senior advocate Kapil Sibal appearing for Chidambaram asked the court asked for certified copy of the order to produce before the special judge conducting the trial of the INX Media case on Wednesday.
Dec 04, 2019 11:08 (IST)
"The triple test has been strongly underlined. We welcome this judgement": Abhishek Singhvi after Supreme Court grants bail to P Chidambaram
Dec 04, 2019 10:57 (IST)
Should have been granted earlier: Shashi Tharoor
Congress leader Shashi Tharoor tweeted, "But justice delayed is justice denied. This should have been granted much earlier. Nothing is different from three months ago."
Dec 04, 2019 10:54 (IST)
Truth finally prevails: Congress