Investigation On RSS Leader's Murder To Start Next Week: Police

The killing of the RSS leader was the latest in a series of murderous attacks on right-wing and religious leaders in Punjab. This was the eighth such incident in the state since 2016. 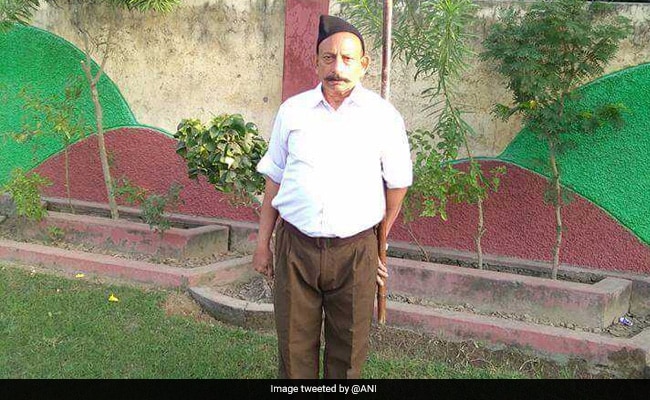 Ludhiana: Director General of Police of Punjab, Suresh Arora, today said the National Investigation Agency (NIA) will start its probe into the killing of RSS leader Ravinder Gosain from next week.

The DGP was in Ludhiana to meet family members of the leader, who was shot dead by two unidentified motorcycle-borne assailants in Kailash Nagar on October 17.

The incident took place when Gosain was returning home after attending a morning drill (RSS shakha). The motorcycle used by the killers was found by the police.

Later, the Punjab government decided to hand over the case to the NIA, the orders for which were issued by the Punjab chief minister on the request of a RSS delegation.

The DGP said that the state police sought assistance from central agencies such as the NIA so that they could work in coordination and explore all possible means to crack such cases.

The killing of the RSS leader was the latest in a series of murderous attacks on right-wing and religious leaders in Punjab. This was the eighth such incident in the state since 2016.

The DGP was non-committal on the role of 'Pro Khalistani' elements in the killings of RSS leaders Jagdish Gagneja and 60-year-old Gosain, and the other religious leaders.

Last year, on August 6, Mr Gagneja was shot in Jalandhar. He later died at the DMC hospital in Ludhiana.

DGP Arora assured Mr Gosain's family that the police would leave no stone unturned to arrest the attackers at the earliest.

However, he did not share details of the police's probe, saying that it would not be in the interest of the case.

His meeting with the family lasted about 20 minutes.