Nithyananda is wanted by Gujarat Police in a case of kidnapping and keeping children captive at his ashram in Ahmedabad. 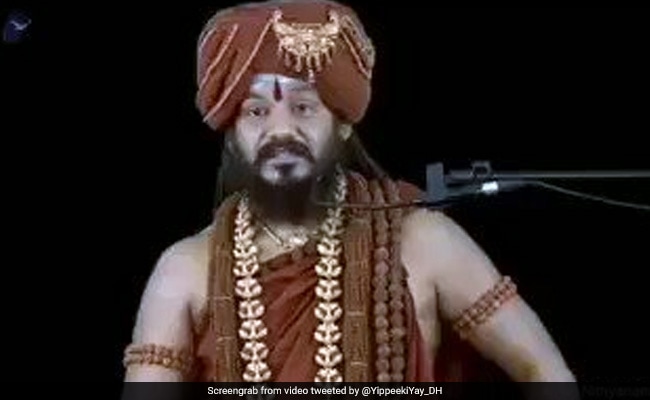 Interpol has asked nations to help locate Nithyananda, the self-declared godman who fled India last year amid allegations of rape and sexual abuse. A blue-corner notice that makes it compulsory for countries to share information on any person involved in a crime has been issued against Nithyananda on the request of the Gujarat police.

In recent months, Nithyananda has only been seen in videos making bizarre claims in sermons from undisclosed locations. He has skipped several summons.

Last month, Ecuador denied the presence of the fugitive "godman" and said it had rejected his request for asylum. The Embassy of Ecuador also suggested he had left the country for Haiti.

Ecuador also denied his claim of buying an island and naming it "Kailasa".

Nithyananda is wanted by the police in Gujarat and Karnataka in a case of kidnapping and keeping children captive at his ashram in Ahmedabad for the purpose of collecting donations. An FIR was also registered against him after two girls went missing from the ashram.

He was arrested in 2010 in Himachal Pradesh over rape allegations and was also allegedly seen in explicit footage with an actress.

In December, the government cancelled his passport and also rejected his application for a fresh one. Foreign Ministry spokesperson Raveesh Kumar said all its missions and posts abroad had been instructed to help locate Nithyananda.

In a recent video, Nithyananda, usually seen in rust-coloured silk robes and heavy gold jewellery, declared "nobody can touch me" and that no court can prosecute him.

"By being here you declared your integrity and allegiance to me... I promise you, no more death for you all," he said, making outlandish claims with a straight face.

The 41-year-old recently announced his own "country" is called Kailaasa, calling it the "biggest Hindu nation" without boundaries. Media reports cited a website allegedly created by Nithyananda with details about his plans for Kailaasa, even as the police and other authorities investigating him for various criminal charges continue to remain clueless about his whereabouts.

Nithyananda claims to be the spiritual head of the Madurai Adheenam mutt in Tamil Nadu.