International Yoga Day 2019: Senior Intelligence Bureau officials, including Director Rajiv Jain, are set to perform the Sheesh Asana or headstand, known to be one of the more complex Yoga asanas at the agency headquarters. 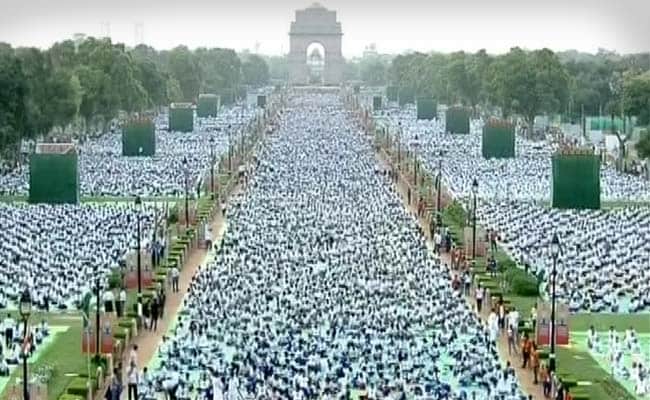 Yoga Day 2019: "All senior government officials have been asked to participate," an officer said (File)

Senior government officials have been directed to perform at least five different yoga asanas on Friday as part of international Yoga Day celebrations across the country. Senior Intelligence Bureau officials, including Director Rajiv Jain, are set to perform the Sheesh Asana or headstand, known to be one of the more complex Yoga asanas at the agency headquarters.

"All senior government officials have been asked to participate in yoga preparations. A yoga mat and t-shirt have been distributed to all of them," an officer in-charge of arrangements said, adding that sessions would be organised from 7 to 8 am.

In each of the 28 cities at least 1,000 paramilitary soldiers have been directed by the home ministry to participate.

"Mammoth arrangements have been done by paramilitary and state police forces," said a senior official.

Prime Minister Narendra Modi is set to visit Ranchi for the celebrations and will take part in a massive yoga performance along with 2,000 central police force personnel.

Two Ministers of State for the Home Ministry will also be performing pranayam In Delhi.

According to the ministry, the CRPF has been made the nodal agency to organise the Yoga Day celebrations.

"Their reach extends to far flung places, so they have been asked to conduct yoga performances in smallest companies also," explains another officer.

"A thousand jawans of the Indo-Tibetan Border Police (ITBP) in Ladakh will perform asanas at lake Pangong and in Ladakh Daulat Beg Oldie," said an officer. Daulat Beg Oldie is a military base which has India's highest airstrip in Ladakh.