The United Nations declared June 21 as the International Yoga Day on December 11, 2014. 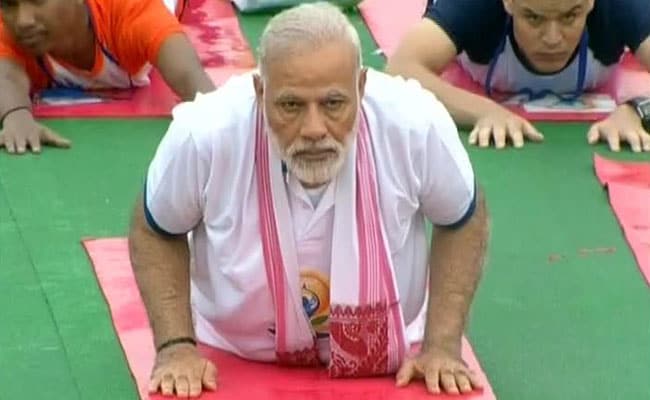 It was a rainy start to the third edition of International Yoga Day. This year, Prime Minister Narendra Modi is in Lucknow where he is performing yoga along with Uttar Pradesh Chief Minister Yogi Adityanath and 51,000 participants at Ramabhai Ambedkar Sabha Sthal. The NDA's choice for President, Ram Nath Kovind, performed yoga at Central Park in Delhi. Indian missions in the Netherlands, Trinidad and Tobago, and the United States, among other countries, are holding programmes on yoga with participants from various sections of society. The United Nations declared June 21 as the International Yoga Day on December 11, 2014.

Here are the live updates of International Yoga Day 2017: 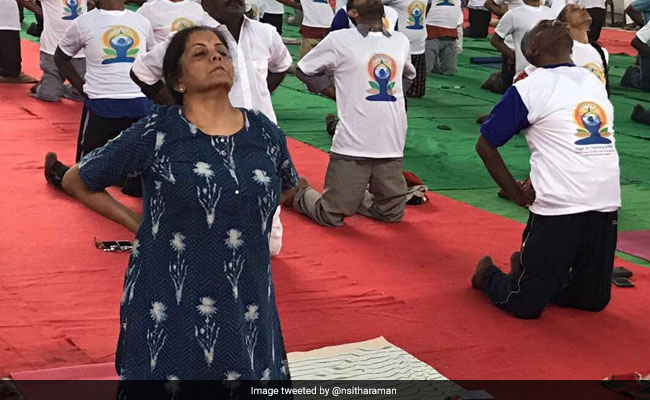 This is truly pushing new frontiers ! Yoga in the torpedo room of an Indian Navy submarine ! pic.twitter.com/SlHOZ2qsSE

Jun 21, 2017 09:41 (IST)
President Pranab Mukherjee told a gathering of enthusiastic children, youths and elderly people at Rashtrapati Bhawan, "Regular practice of yoga will not only help you have a fit body and a sound mind, but it will also take care of all disorders -- mental and otherwise."
Jun 21, 2017 09:36 (IST)
Indo-Tibetan Border Police (ITBP) jawans performed yoga at a freezing temperature of -25 degrees in Ladakh.
Jun 21, 2017 09:16 (IST)

Bhopal: Congress workers do the 'Shavaasana' on #InternationalYogaDay to protest against farmers killed in police firing in Mandsaur,MP pic.twitter.com/hOMMnnAgY6

#Yoga not only enlightens the body, but also the soul, says PM @narendramodi on #YogaDay2017 | #InternationalYogaDaypic.twitter.com/DgpQ3RCcFq 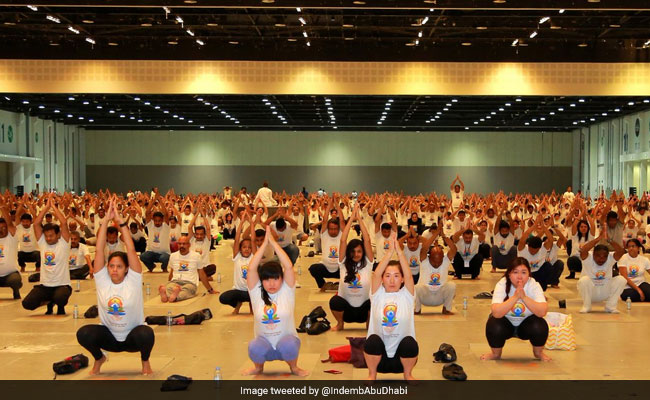 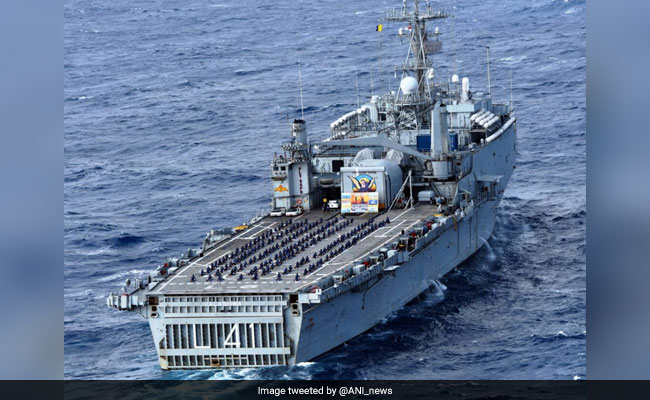 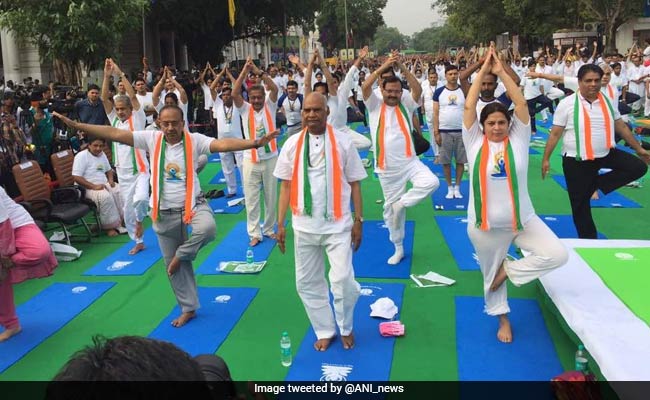 Let's make a better choice for our better health #Yoga4Health#IDY2017pic.twitter.com/cXMKIFzQCA 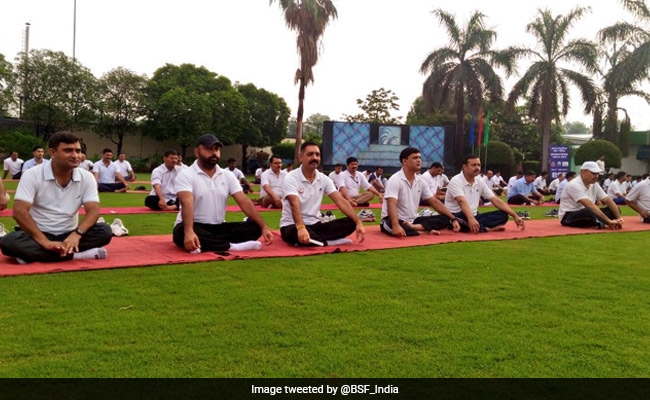 Yoga being performed at the USA embassy in Delhi #InternationalYogaDaypic.twitter.com/KB6dv8RM99 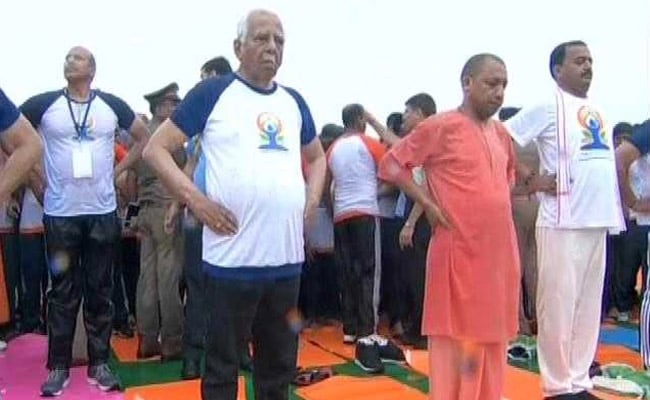 Breathtaking start to the #InternationalDayofYoga2017 with over 2000 yogis practicing #Yoga, organised by @DelhiPolice at Ram Leela Maidan pic.twitter.com/bYJlkeOJ1c 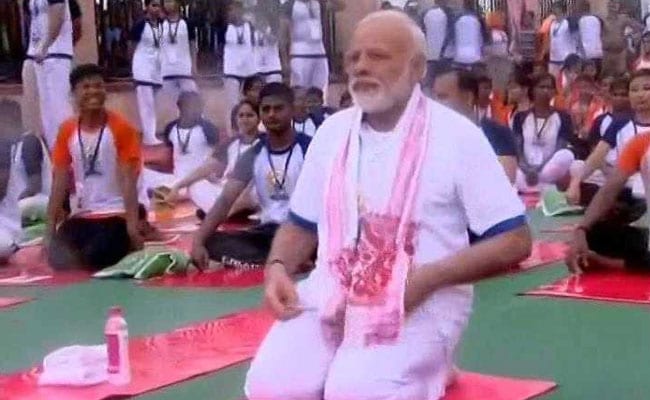 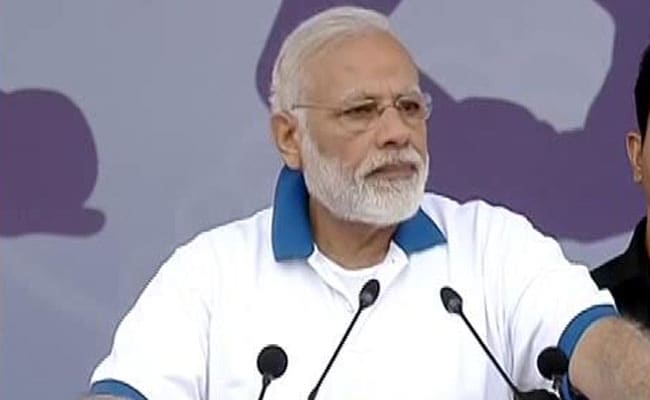 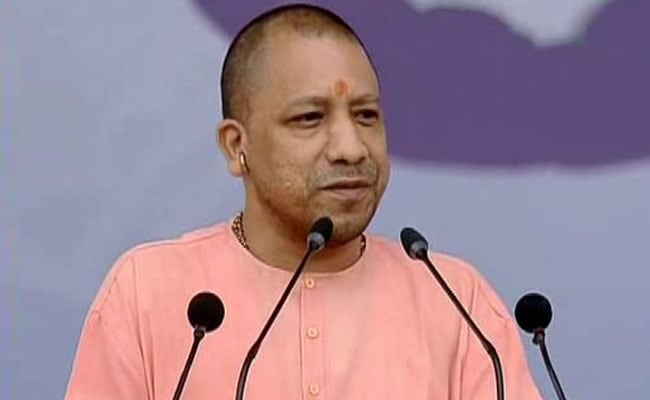 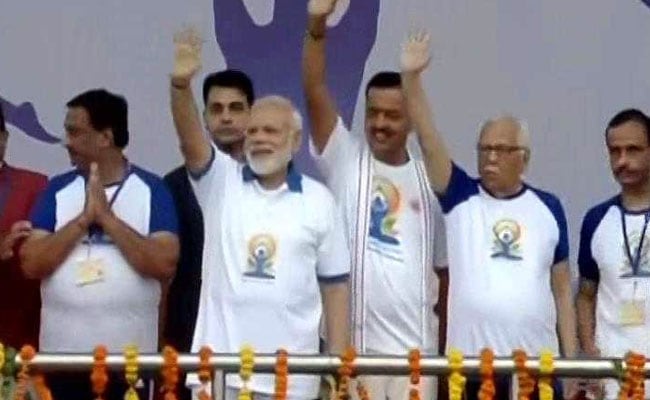 Random clicks from the venue before the main event commences for 3rd International Yoga Day celebrations at #Lucknowpic.twitter.com/oUoPsdDkJE

Jun 21, 2017 05:51 (IST)
Indian missions are also holding programmes on Yoga with participants from various sections of the society

Celebration of #IDY2017 at Cancun (Mexico) with much excitement on beachfront in presence of Tourism Secy @MukteshPardeshi@IndianDiplomacypic.twitter.com/bar56OIGkr

Lucknow is all set for the 3rd #YogaDay programme, which will be attended by PM @narendramodi. pic.twitter.com/3XRoOKQpfR