His assets, including salaries, allowances, were calculated and found at par with his known sources of income, according to official. 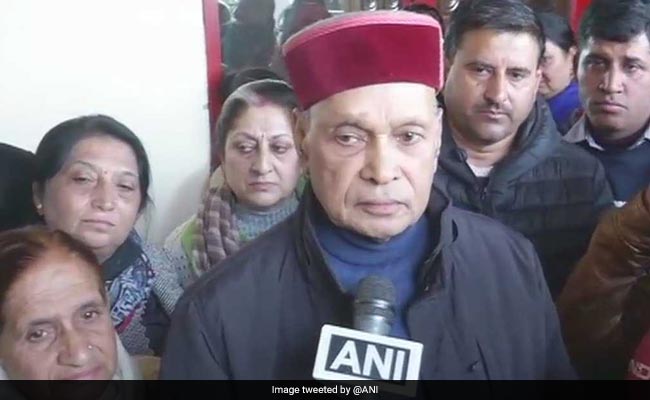 The Himachal Pradesh government has closed the investigation into a disproportionate assets complaint filed against BJP leader and former chief minister Prem Kumar Dhumal in 2015, on the recommendation of the state vigilance and anti-corruption bureau, officials said.

The Virbhadra Singh-led previous Congress government in the state had ordered vigilance inquiry against Mr Dhumal on the basis of a complaint by a Dharamshala-based lawyer who alleged that the BJP leader owned properties disproportionate to his declared assets.

"The recommendation was sent to the state government to close the probe against Dhumal as his assets had not been found disproportionate to his known sources of income during thorough inquiry into the complaint," said Atul Verma, Additional Director General, state vigilance and anti-corruption bureau (SV & ACB).

He said the state government decided to close the inquiry against Mr Dhumal on the basis of the SV & ACB recommendation.

"The recommendation was made purely on merit," said Mr Verma when asked if there was any political pressure behind the move.

The inquiry was being conducted by then Shimla Superintendent of Police DW Negi, who was holding additional charge of SP (Vigilance).

The files were retrieved after Negi's arrest in the custodial death of a Nepali citizen in infamous Kotkhai rape case a few months ago and the lacking parts of the inquiry were completed by another investigating officer.

His assets, including salaries, allowances et cetera, were calculated and found at par with his known sources of income, he said, adding that subsequently, the recommendation was made to the state government for closing the inquiry.