Despite the obvious warmth in the Saudi-Pakistan relationship, top government officials in India say Saudi Arabia has a "much better understanding" of India's concerns on terror. 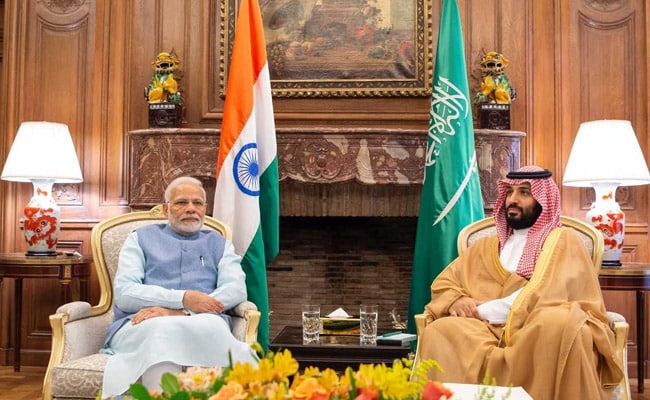 India and Saudi Arabia are likely to have a "strong statement on terrorism", sources said.

As India steps up the diplomatic offensive against Pakistan after the Pulwama terror attack, the question that geopolitical observers are asking is whether Islamabad's close ties with China and Saudi Arabia help it sail through.

On Sunday night, the Crown Prince of Saudi Arabia Mohd bin Salman, or MBS as he is known, was warmly received at the airport by Prime Minister Imran Khan and then personally driven by him - a sign of just how close this relationship is. After announcing 6 billion dollars in investments for Pakistan in October last year, MBS announced a whopping 20 billion dollars in investment for Pakistan and was effusive about their ties.

"Consider me Pakistan's ambassador to Saudi Arabia," he said.

The Crown Prince will be in India on Tuesday night for his first state visit.

Despite the obvious warmth in the Saudi-Pakistan relationship, top government officials in India say Saudi Arabia has a "much better understanding" of India's concerns on terror and that it had strongly denounced the Pulwama attack.

Sources say India and Saudi Arabia are likely to have a "strong statement on terrorism" after Wednesday's meeting between MBS and PM Modi.

India has a "strong, independent relationship with Saudi Arabia" and that "Pakistan should be feeling insecure, not India", they say.

Meanwhile, a crucial meeting of the Financial Action Task Force or FATF is taking place in Paris this week where India will raise concerns on Pakistan-sponsored terrorism and its role in keeping the Lashkar-e-Taiba (LeT) and the Jaish-e-Mohammad active.

Pakistan is currently on the FATF grey list, where it was placed in June 2018. If it doesn't fulfil its commitments on curbing terror financing by October this year, then Pakistan may be put on a blacklist which will further hit their economy as international agencies like the IMF, World Bank reduce their ratings and their lending to Pakistan.