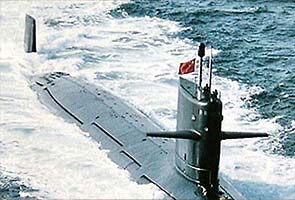 New Delhi: In a big step towards securing India's capabilities for nuclear deterrence, the reactor on board India's indigenously made nuclear-powered submarine INS Arihant will become operational in three weeks. After that, INS Arihant will be ready for sea-trials and will subsequently be commissioned to the Indian Navy. (Read)

Dr VK Saraswat, the chief of the Defence Research and Development Organisation or DRDO, shared these exclusive details with NDTV's Science Editor Pallava Bagla and asserted that India's nuclear deterrence is robust. He also spoke about the Agni-V missile project, and made a pitch for a shift from global buying to indigenous technology development and procurement of defence equipment. Here is the full transcript of the exclusive interview:


NDTV: What is happening with the Agni series of missiles now? What is the next phase?

VK Saraswat: Agni Series of missiles are in an advanced stage of production. Today, as you remember, we have completed development of Agni I, Agni II, and Agni III. Agni IV and Agni V are in an advanced stage of development. And this year, you will see two more launches of Agni V, which will culminate its complete developmental activity and it will be led to production. Agni IV is already getting into production mode. So with this - Agni I, Agni II, Agni III, Agni IV, Agni V - getting into production mode, the next logical corollary as far as the long-range ballistic missile deterrents capability of this country is concerned, we will switch over to force multiplication. Force multiplication in the case of ballistic missiles will be by way of multiple independently manouevreable re-entry vehicles (MIRV).

NDTV: Meaning one missile which can carry many war-heads?

VK Saraswat: Carry multiple warheads. Our design activity on the development and production of MIRV is at an advanced stage today. We are designing the MIRVs, we are integrating it with Agni IV and Agni V missiles, and that would also give us the capability to cover a vast area plus deliver in the event any activity requires a number of payloads at a required place.

NDTV: So will the next test be with a multiple warheads system or...

VK Saraswat: No. The present task, as I was mentioning, will be only with the normal configuration of Agni V. But there will be an experimental test in which we will be testing the MIRV capability.

VK Saraswat: No we are not naming it Agni VI... it will be Agni V missile with MIRVs.

NDTV: So Agni V plus?

VK Saraswat: You can name is Agni V plus or Agni VI, but certainly it is not Agni VI.

NDTV: It is not Agni VI but Agni V will have multiple warheads so we can have a single missile going and hitting several targets at the same time?

VK Saraswat: Yes it will be in that category.

NDTV: OK. Now, you also need a certain platform for your nuclear reactor. So what is happening on the Arihant project? How soon can we see criticality and commissioning?

VK Saraswat: Arihant development is at an advanced stage. Last year, we saw the culmination of the development trials of BO5, which was launched from the pontoon (landing stage) and it completed all its objectives. It is under production today. As far as the platform is concerned, it is also at an advanced stage today. I must say, in a couple of weeks, you will see that it will go into criticality and from there onwards the commission exercise will start.

NDTV: Criticality meaning, that the nuclear reactor which is on board INS Arihant will be started and the submarine itself will be powered by the Indian-made nuclear reactor. Is that what you are telling?

NDTV: How soon can we see that?

VK Saraswat: I think it should happen in the next 2-3 weeks.

NDTV: In the next 2-3 weeks, the nuclear reactor will be started and the nuclear chain reaction will start working in INS Arihant. So it will become like a self-propelled vehicle then?

VK Saraswat: See, criticality means the reactor gets into operation. And that is the most important for any nuclear system, whether it's a reactor or it's a power plant for a nuclear submarine. It's a very important event as far as the designers, the builders of these platforms are concerned.

NDTV: So what next? When can we see a full-fledged trial?

VK Saraswat: After that we get into the trial mode. We have an evolved programme in which many trials of this system will be done with the submarine moving into the right operational mode and then also trying out the weapons and equipment. There is a series of tasks that are required to be carried out.

NDTV: So you are happy with the INS Arihant as it stands?

VK Saraswat: We are extremely happy because it is a major technological breakthrough for the country. And as far as the indigenous capability is concerned I must say that India has reached one of the major milestones in the field of complex technology of nuclear powered submarines.

NDTV: There is a lot of indigenisation underway now. That everything should be made in India, that technology development should in India. Is the DRDO in a position to deliver without time delays and cost over-runs?

VK Saraswat: I think a shift in India's policy as far as acquisition of defence equipment is concerned -- from buy-global to buy-Indian as a preferential mode of procurement -- is very welcome and a good shift because it will give a major boost to the development and production of indigenous equipment and participation of the Indian industry in a big way. Obviously, as far as DRDO is concerned, it will have a major role to play.

DRDO, under this umbrella of buy-Indian will have tremendous opportunities for tying up with industries, tying up with academic institutions and with global players for delivering systems and products and equipment as desired by the armed forces. When we integrate with the industry, obviously it acts as force multiplication -- in terms of our capability and capacity. This will also reduce the time to develop things and also maybe control costs.

NDTV: So in effect you are saying that DRDO and India are ready for this huge push on indigenisation?

VK Saraswat: It's a beginning. I must say that it's a beginning because a shift from buy-global to buy-Indian requires the readiness of the industry to participate in this kind of venture. Obviously, there will be some time required for industries to gear up for these challenges. What is required is investment in the Indian industries, in the major areas of technologies, which would ensure that when DRDO goes to these industries, they are capable to absorb and produce in large numbers. Or tomorrow if they tie up with global players, because that is also a mode of operation, then they should be in a position to absorb that technology.

NDTV: But DRDO is known for delays...

VK Saraswat: No, DRDO will use this as an opportunity for cutting down delay. Also, by using the industry as our extended arm, we can control delays, can control the development of technologies, can control production and we will also be able to use our technology to augment the capability and capacity of the Indian industry.

NDTV: There is a lot of concern about incursions by the Chinese. We have certain technologies like Unmanned Aerial Vehicles (UAVs). Did we use them? Why did we not learn about these incursions? Is there something under DRDO, which can help India learn ahead of time or when an incursion is happening?

NDTV: You are deploying your technology for this current incursion also to learn more... to do surveillance on it?

VK Saraswat: Yes, we have our UAVs in that area.

NDTV: They are operational even as we speak?

VK Saraswat: We can utilise them today. We are not integrated with our armed forces today because they are experimental UAVs, which are for our application but, certainly, it can generate the required data for the purpose of surveillance activities.

NDTV: There is some concern that India's nuclear deterrence is more a political statement than actually a statement of fact. DRDO was involved in the Pokharan II blast in a very big way and you are developing many technologies. What do you have to say? Do we have the capability or is it all bluster?

VK Saraswat: I think all the statements are made out of ignorance. India has a very robust and a systematic deterrence capability, both in terms of weapon platforms as well as in terms of the required payloads. India has industry to support it, has the mechanism to control, mobilise and also use it whenever needed. Plus India has a very robust doctrine on these matters. It is a structured system, which controls the entire deterrence activity that starts from the highest body in the country to all the operational units, which are essential for exercising deterrence.

The notion that many analysts have are purely based upon their perception of things and comparison with other countries. I think every country has deterrence capability based upon its capacity, based upon evolving threats and also (takes into consideration) the ecosystem and the environment in which this deterrence has to work. So one need not compare whether country A has a better one (deterrence) or country B has a better one. It is what India needs. Do we have that? I can assure that India has the required deterrence capability in all forms. The triad is getting completed and I have no doubts that we will match with the best in the world.

NDTV: So DRDO, Department of Atomic Energy, Indian armed forces together can protect India if there is a nuclear threat to India?

VK Saraswat: I can assure you of that.

NDTV: Average citizens need not worry? I can sleep well?

Promoted
Listen to the latest songs, only on JioSaavn.com
VK Saraswat: You can sleep well. The country can sleep well. Indian scientists, industries, armed forces and deterrence mechanisms are fully in place and we have nothing to fear.