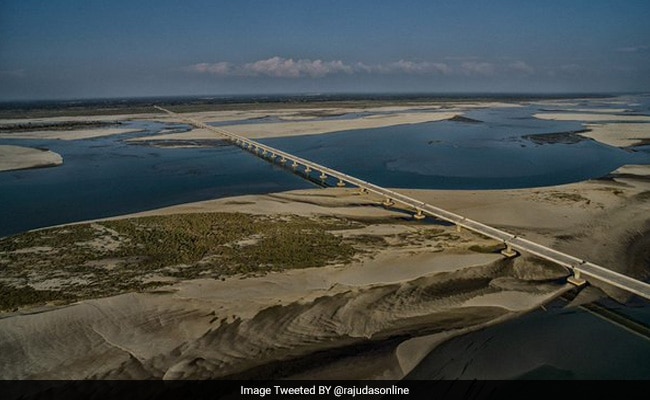 India's longest bridge has been designed to accommodate the movement of tanks.

Guwahati: India's longest bridge, over nine kilometres long, is likely to be inaugurated a year from now in Assam by Prime Minister Narendra Modi. An invite was presented to him this week by Chief Minister Sarbananda Sonowal. The BJP won Assam from the Congress last year, becoming the first of the eight northeastern states to be controlled by the party.

Here is your 10-point guide to the bridge that is in the final stages of construction: