India's First Geo Park To Come Up In Madhya Pradesh

The estimated cost of this project is Rs 35 crore and there is a provision to sanction additional funds if required, as the area around the upcoming geo park will be developed, local MP Rakesh Singh said. 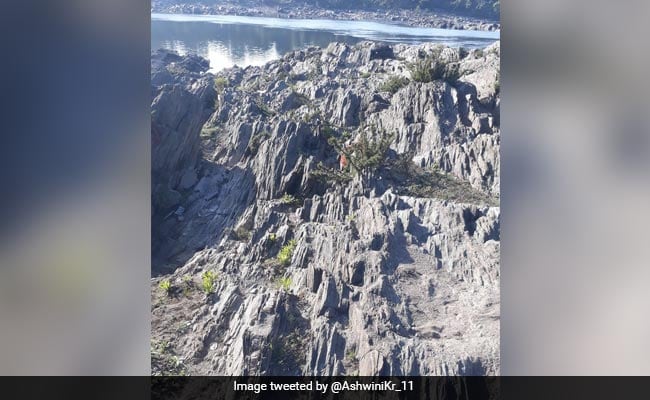 The Geological Survey of India (GSI) has approved the setting up of the country's first geo park at Lamheta village on the banks of the Narmada river in Jabalpur district of Madhya Pradesh, local MP Rakesh Singh said on Sunday.

He said the GSI has sanctioned Rs 1.30 crore to prepare a detailed project report of the geological rock formations in five acres in the Lamheta village, located 20 km away from the Jabalpur district headquarter, where the park will come up.

The estimated cost of this project is Rs 35 crore and there is a provision to sanction additional funds if required, as the area around the upcoming geo park will be developed, Mr Singh told reporters.

A geopark is a unified area that advances the protection and use of geological heritage in a sustainable way and promotes the economic well-being of the people who live there.

"This site is already there in the UNESCO geo-heritage tentative list for the conservation of the natural heritage. Several dinosaur fossils had been found in the Narmada valley, particularly in the Bhedaghat-Lameta Ghat area of Jabalpur," Mr Singh said.

In 1828, the first dinosaur fossil was collected from the Lameta Bed by Indian Civil Service (ICS) officer William Sleeman, he said.

"It is for the first time in the country that such an initiative is being taken for the conservation of the rock formations of geological significance," Mr Singh added.

He also said that a science centre will come up at Bhedaghat, also in the Jabalpur district, known for white marble rock formations and a famous tourist hotspot, at the cost of Rs 15.20 crore, to be shared by the Centre and the state, Mr Singh said.

The science centre would shed light on modern science, including scientific theories of various topics such as food, water and soil, he added.

This project will be spread on seven acres of land that has already been transferred by the Jabalpur district administration to the MP Science and Technology Council, Mr Singh said.