Indians Trafficked From Canada To US? 7 Detained, Bodies Found

The seven people -- who were intercepted on January 19 -- provided information, acting on which Canadian authorities launched a search and found four bodies in Manitoba province. 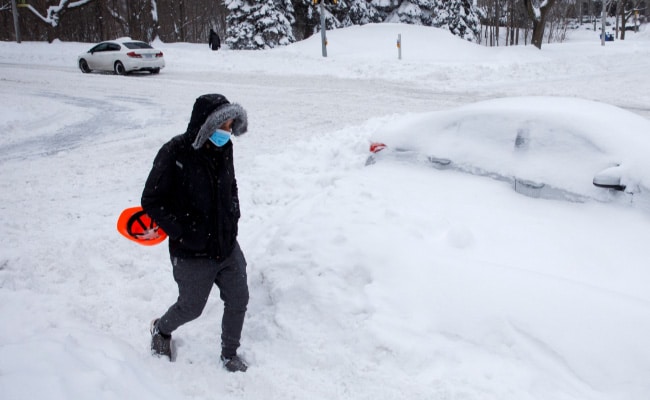 Indian Missions and posts will continue to extend all assistance in this matter, the sources said. (File)

Seven illegal immigrants -- some of them suspected to be Indian nationals -- have been found by the US authorities near the US-Canada border in Minnesota. They were travelling without proper documentation and are suspected to be linked to a human trafficking racket, sources said. Along with them, the US authorities have found one US citizen, who was also detained for allegedly being involved in helping people to illegally enter the US from Canada.

The seven people -- who were intercepted on January 19 -- provided information, acting on which Canadian authorities launched a search and found four bodies in Manitoba province.

The man, woman, a teenage boy and an infant appeared to have died due to the cold, sources said. Their post-mortem examinations are likely to be carried out on January 24.

Two of the detained persons also sustained cold-related injuries and have been hospitalised.

Sources said the immigrants on the US side, as well as the dead people on the Canadian side, all appear to be Indian nationals.

Further efforts, however, are being made to identify them and confirm their nationalities. The Indian authorities in the US and Canada are extending all help, sources said.

The Consulate General of India in Toronto has sent a consular team to Manitoba, which is now working with the local authorities identify the dead.

Sources said the Consulate General as well as the High Commission in Ottawa are also in touch with Canadian provincial and federal authorities for ascertaining the details of this tragedy.

The Indian Consulate in Chicago has sent a team to Minneapolis, which is now coordinating with the US authorities and has sought access to the detained people.

The Consulate and the Embassy in Washington DC are also in touch with US Department of Justice, and the US Customs and Border Police.

Indian Missions and posts will continue to extend all assistance in this matter, the sources said.