Businessman BR Shetty's 55-page complaint accuses the former chief executives of NMC Health and Finablr, along with their associates and bankers, of inflating the companies' balance sheets, arranging "illegal" credit facilities and misappropriating funds since 2012. 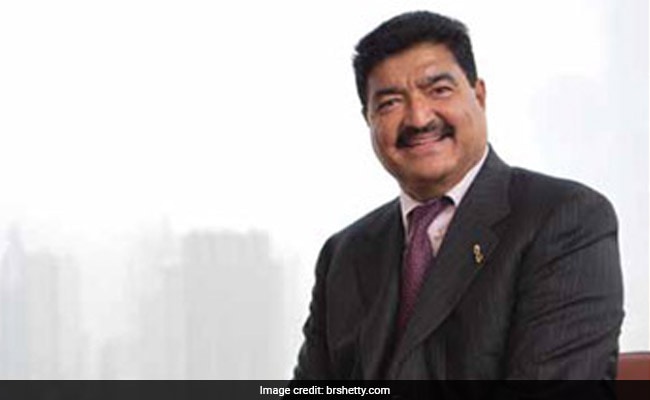 Businessman BR Shetty has filed a complaint with investigative agencies seeking a probe into two former top executives of his companies and two banks related to a multi-billion dollar financial scandal engulfing his group.

At issue, Muddy Waters said, were questions about NMC's asset purchase prices and capital expenditures, which it said were both inflated.

NMC and Finablr subsequently announced far higher debts than they had previously reported.

BR Shetty's 55-page complaint accuses the former chief executives of NMC and Finablr, along with their associates and bankers, of inflating the companies' balance sheets, arranging "illegal" credit facilities and misappropriating funds since 2012.

The complaint calls on the police, the Central Bureau of Investigation (CBI), and the Enforcement Directorate (ED) to investigate.

The complaint, with more than 100 pages of supporting documents, indicates it was also sent to the prime minister's office, the central bank and other investigative agencies.

A spokesman for the two former CEOs, brothers Prasanth and Promoth Manghat, rejected BR Shetty's allegations, saying he had significant control over the running of NMC after stepping aside as CEO in 2017 and that he or his family remained on the boards of companies including Finablr.

"These unfounded allegations against Prasanth Manghat and Promoth Manghat are a clumsy attempt to distract attention away from the skills and real value added by them to the success of NMC, Finablr... and Shetty's own role in what has taken place," the spokesman said in a statement.

Bank of Baroda and Federal Bank, named in BR Shetty's complaint, did not respond to a request for comment.

The CBI, ED and prime minister's office did not respond to requests for comment either while the Reserve Bank of India declined to comment.

The London High Court in Britain placed NMC into administration in April after it reported debts of $6.6 billion. UK-listed Finablr said in March it was preparing for potential insolvency and warned a month later it might have nearly $1 billion more in debt than previously reported.

In a news conference on Wednesday, NMC's administrators Alvarez & Marsal said its investigation team was working with legal advisers to develop a strategy to recover losses, likely to be in the billions of dollars, and obtain compensation for damage incurred by NMC as a result of the alleged fraud.

Finablr's CEO Bhairav Trivedi said last week that the company continues to cooperate with all relevant authorities that are investigating potential wrongdoing by former management, advisors and bankers of the company.

BR Shetty, now in India and himself facing a criminal complaint in Abu Dhabi, is fighting court cases in India and Dubai as banks seek to recover loans from his companies. In April, the UAE central bank ordered banks to freeze accounts of BR Shetty and his family, sources told new agency Reuters.

"We have submitted every shred of evidence into that complaint, which, if anybody examines, will clearly conclude that Dr Shetty is innocent and that all of that has happened under his nose - unfortunately, behind his back," BR Shetty's lawyer Zulfiquar Memon of MZM Legal said.