Railway Minister Ashwini Vaishnaw said the deal with the Chinese firm was struck to tide over the crisis of wheels. 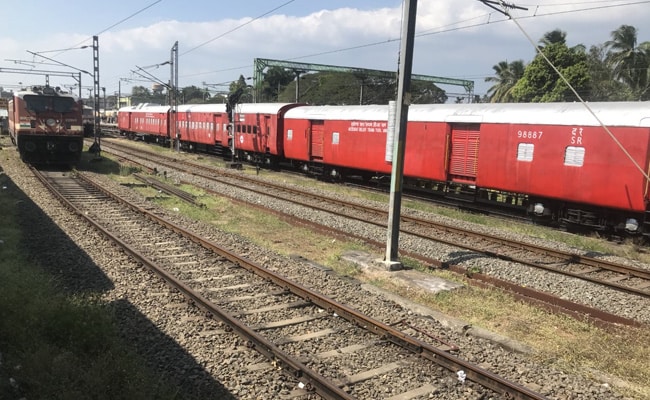 The railways has placed a purchase order for 39,000 wheels for LHB coaches from Chinese manufacturer Taiyuan at a rate that is more than one per cent higher than that offered by a Ukrainian firm, the government informed Parliament on Wednesday.

In a written reply to a question in the Lok Sabha, Railway Minister Ashwini Vaishnaw said the purchase order for 39,000 wheels for LHB coaches has been placed by the Indian Railways with Taiyuan, China against a global tender.

"Due to the present war crisis between Russia and Ukraine, the supplies against the ongoing contracts on the firms from Russia and Ukraine were affected. Earlier, Letter of Acceptance (LoA) for 30,000 wheels for LHB coaches was issued on M/s KLW with manufacturer based in Ukraine.

"Subsequently, M/s KLW invoked force majeure clause due to inability to supply on account of war crisis in Ukraine and formal purchase order could not be issued to Ukrainian firm," Mr Vaishnaw said.

"The rate on which the contract was placed on the China-based firm was 1.68 per cent higher than the rate per wheel given in LoA on Ukrainian firm," the reply said.