The construction and delivery of the 'Visakhapatnam' warship is a testament to the government and the Navy's push for indigenous warship construction programmes. 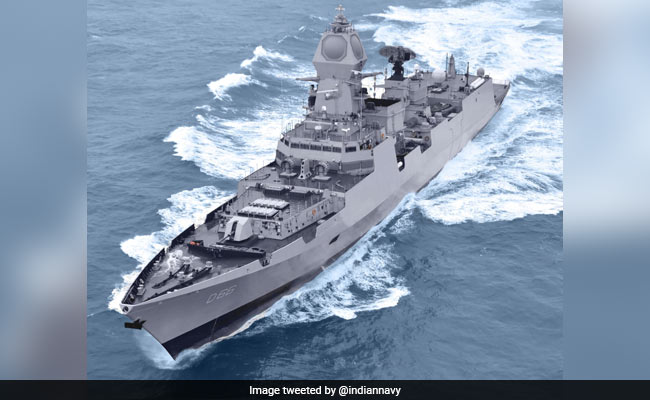 The construction and delivery of this ship -- named 'Visakhapatnam' -- is another testament of impetus given by the government and the Navy to the indigenous warship construction programmes, it said.

A guided-missile destroyer has the capability to launch guided anti-aircraft missiles from its deck.

Yet another testament of impetus given by Govt of India & the Navy towards #indigenous warship constn programmes.#Visakhapatnam - #first of the indigenous P15B stealth Guided Missile destroyers being built at #MazagonDock, #Mumbai delivered to #IndianNavy on 28 Oct 21.
(1/2). pic.twitter.com/sECvXvhl4R

"Induction of the destroyer will not only enhance combat readiness of Indian Navy but will also be a major leap forward towards our quest for Aatmanirbhar Bharat (self-reliant India)," it added.