The Navy said the helicopter was part of an Indian naval warship which was deployed in the Arabian sea. 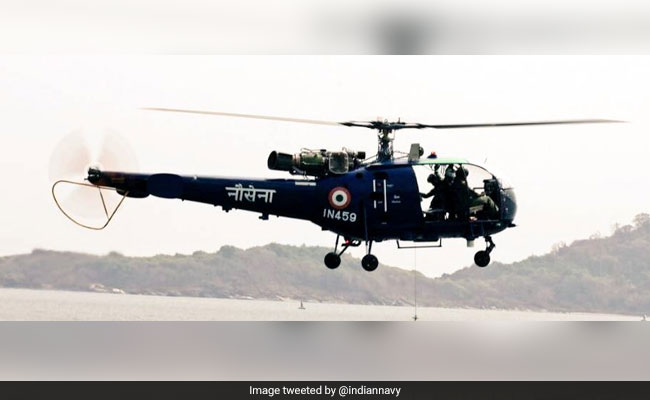 The Navu said all three crew members were safe (representational)

A major "catastrophe" was averted by a naval aircrew when their Chetak helicopter ditched at Arabian sea last week, the Navy said Tuesday.

It said a board of inquiry has been ordered to investigate the cause of the technical failure leading to the loss of the helicopter.

The helicopter was part of an Indian naval warship which was deployed in the Arabian sea.

"As per reports, the helicopter developed technical failure prior to ditching and the crew displayed immense professional prowess and sound training in deftly landing the helicopter in the water and successfully egressing from it," the Navy said.

It said all three crew members were safe.