Arti Sarin is an alumnus of Timpany School, Visakhapatnam and graduated from the prestigious Armed Forces Medical College. 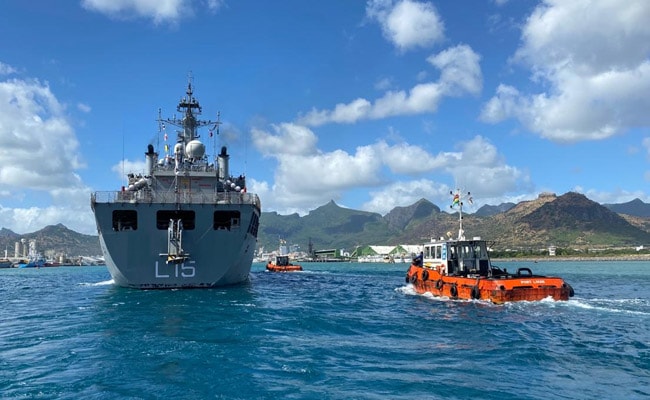 For the first time in the history of the Indian Navy, a couple are serving as Chief Medical Officers of the Southern and Eastern Naval Commands.

Defence sources said this is the first time in the history of the Indian Navy both husband and wife will be serving together as Chief Medical Officers of two commands.

This was also the first time that a woman held the post of CMO in the Southern Naval Command, they said.

Arti Sarin is an alumnus of Timpany School, Visakhapatnam and graduated from the prestigious Armed Forces Medical College.

She was commissioned into the Armed Forces Medical Services in December 1985.

She has the distinction of having completed two post graduate degrees - MD in Radiology at AFMC Pune and in DNB Radiation Oncology from the Tata Memorial Hospital, Mumbai.

In addition, she has trained in Gamma Knife Surgery at the University of Pittsburgh, USA, a Defence release said.

In a long naval career, she has done tenures at Naval Science & Technology Laboratories Visakhapatnam, and served in the naval hospitals at Port Blair, Visakhapatnam, Kochi and Mumbai, it said.

Trust In News Has Grown Amid Pandemic, But It Is Below Average In India: Report