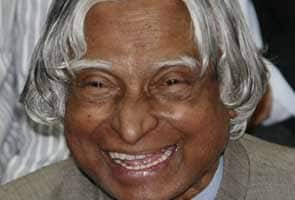 New Delhi: In response to a question, based on a report in a national daily, on the screening of former President APJ Abdul Kalam by US authorities, the MEA's official spokesperson issued this statement:

"Former President Dr. A. P. J. Abdul Kalam, who is a regular visitor to USA, was to return home on September 29 by an Air India flight from New York. US authorities have explained to us that under existing US regulation, former President Abdul Kalam does not fall into the category of persons exempt from security screening. However, US authorities extended usual courtesies to him at the airport, including escort and private screening.

MEA had immediately lodged a protest over this incident with the US side. The US Government has promptly written to former President Kalam express its deep regret over the incident and has assured us that it is taking corrective steps to prevent recurrence of such incidents in the future. The two governments are also planning to hold discussions to explore appropriate mechanisms for facilitating airport procedures for dignitaries, in accordance with national regulations."