The high-level panel on digital cooperation will be co-chaired by US philanthropist Melinda Gates and China-based Alibaba founder Jack Ma. 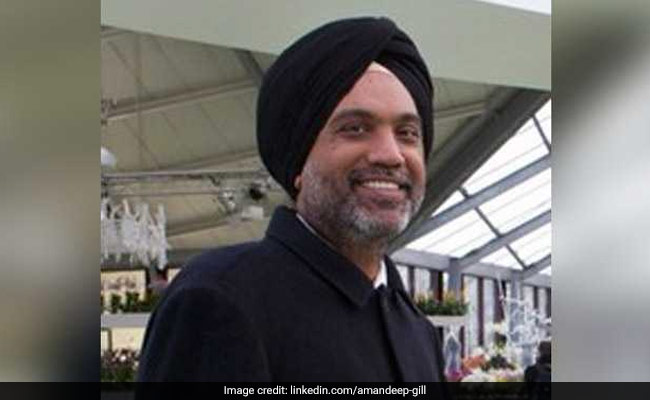 UN chief Antonio Guterres has established a first-of-its-kind panel on digital cooperation aimed at addressing concerns of cybersecurity threats and rise in hate speech and named senior Indian diplomat Amandeep Singh Gill as the executive director of the panel's secretariat.

The high-level panel on digital cooperation will be co-chaired by US philanthropist Melinda Gates and China-based Alibaba founder Jack Ma. It will have 20 members in total and include leaders from industry, civil society and academia.

"Digital technology is changing economies and societies at warp speed. At the same time, the world is only beginning to address the dark side of innovation - such as cybersecurity threats, the risks of cyber warfare, the magnification of hate speech, and violations of privacy. As a global community, we face questions about security, equity, ethics, and human rights in a digital age," UN Secretary General Guterres told reporters at a press conference yesterday.

Mr Guterres has named Mr Gill as the executive director of the panel's secretariat along with former diplomat Jovan Kurbalija.

Mr Gill is India's Ambassador and Permanent Representative to the Conference on Disarmament in Geneva. He joined the Indian Foreign Service in 1992 and has served at the Indian missions in Tehran, Colombo and Geneva.

From 2013-2016, he served as Head of the Disarmament and International Security Affairs Division in the Ministry of External Affairs. In 2017, he helped set up the National Task Force on Artificial Intelligence for India's Economic Transformation.

He is currently Chair of the Group of Governmental Experts of the Convention on Certain Conventional Weapons (CCW) on emerging technologies in the area of lethal autonomous weapon systems. He serves on the UN Secretary General's Advisory Board on Disarmament Matters.

Mr Gill has a B Tech in electronics and electrical communications from Panjab University, Chandigarh and an Advanced Diploma in French History and Language from Geneva University. His PhD degree from King's College London is on Nuclear Learning in Multilateral Forums.

Announcing the panel, Mr Guterres said it is the first such panel of its kind and will comprise women and men at the "frontiers" of technology, public policy, science and academia.

He said as digital technologies expand rapidly, there is need to seize the potential of technology while safeguarding against risks and unintended consequences.

Mr Guterres noted that digital technology is rapidly changing economies and this scale and pace of change is "unprecedented."

"But the current means and levels of international cooperation are unequal to the challenge," he said. "I see the United Nations as a unique platform for dialogue in our digital age."

The panel will map trends in digital technologies, identify gaps and opportunities, and outline proposals for strengthening international cooperation.

The initiative comes after approximately a year of consultations involving his team and more than 120 member states, industry and civil society. A senior UN official, briefing the media about the panel, said it will focus on cyber-bullying, cyber crime and security aspects.

"There is scope for exploring if there are further ways to strengthen international cooperation to prevent some of the malicious uses" such as online bullying, abuse and rise in fake news that has come about with the growth in digital technologies.

In line with the panel's nine-month mandate, its members will meet twice; first in New York in September during the UN General Assembly, and then in Switzerland next January. There will also be opportunities to consult with civil society.