Vivek Lall, 50, is currently posted as vice president of Aeronautics Strategy and Business Development at Lockheed Martin, an American security and aerospace giant. 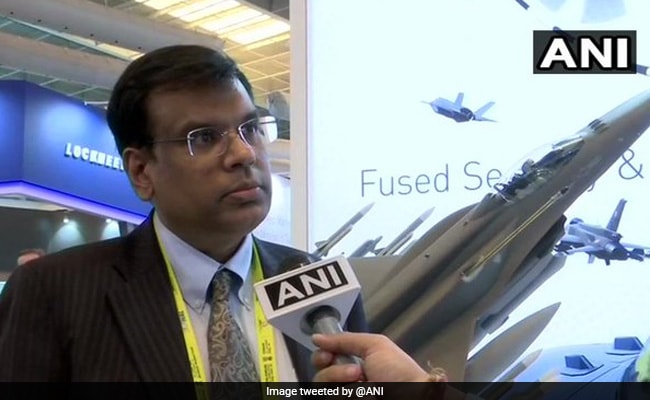 Lockheed Martin on Tuesday confirmed that Vivek Lall is leaving the company. (FILE)

Vivek Lall, a prominent Indian-American aerospace and defence expert, who played key roles in some of the major defence deals between India and the US, has resigned from Lockheed Martin "to spend more time with family".

Mr Lall, 50, is currently posted as vice president of Aeronautics Strategy and Business Development at Lockheed Martin, an American security and aerospace giant.

The company on Tuesday confirmed that Mr Lall is leaving the company.

"We would like to extend our sincere appreciation to Dr Vivek Lall for representing Lockheed Martin and strengthening our commitment to international partners," a spokesperson of Lockheed Martin told PTI.

"We thank Vivek for his thought leadership and the many contributions he made to our team. We wish Vivek and his family all the best," the spokesperson said.

Known as the industry architect of US-India defence relationship because of his involvement in major defence deals between the two countries, Mr Lall expressed his "utmost gratitude" to Lockheed Martin for the unique opportunity to lead their aeronautics strategy and business development activities in international markets, including India.

"I thank them for understanding my decision to spend more time with my family," Mr Lall told PTI.

"Lockheed Martin is truly shaping the future with world-leading advanced technologies and customer solutions. I firmly believe the F-21 is the best solution for India's national security, Make in India industry partnerships advancing indigenous manufacturing, and India's strategic relationship with the US," he said.

Mr Lall, who was born in Jakarta, the Indonesian capital, for over a decade has been instrumental in major US-India defence deals worth around USD 18 billion. The latest was the procurement of 24 MH-60R multi-role helicopters from Lockheed Martin for the Indian Navy. The USD 2.6 billion agreement was signed during President Donald Trump's visit to India in February.

In 2017, Mr Lall was the Chief Executive of Strategic Development at General Atomics during which he played a key role in the path breaking agreement by the White House to release category-1 unmanned aerial vehicles (UAVs) to India, a non-NATO country.

The UAVs that can carry missiles fall under the category-1 classification.

Mr Lall in his capacity as vice-president and India country head for Boeing Defence Space and Security in late 2000 was also instrumental in several multi-billion bilateral defence deals.

Appointed to the US Federal Aviation Advisory Committee two years ago, Mr Lall has overseen multiple campaigns as well as pan-India strategic industrial tie-ups. Mr Lall had also served as the founding co-chair of the US~CHECK~India Aviation Cooperation Programme launched in 2005.