More than 12 Navy and coast guard ships are looking for the aircraft in the Bay of Bengal. A submarine has also been diverted for the search. The Air Force has told NDTV that the search operation will continue through the night.

The aircraft, which had six crew members and eight civilians or family members, may have plunged rapidly from an altitude of 23,000 feet, said an officer. (Pictures)

There were 11 air force personnel, one Navy and two Army soldiers and a coast guard member on the "courier flight" headed to Port Blair, the capital of the Andaman and Nicobar chain of islands.

"All efforts are being made to trace the missing plane and the service personnel on board," said Defence Minister Manohar Parrikar.

The last call from the aircraft was around 16 minutes after take-off, when the pilot reported that "everything is normal." The plane has an emergency beacon locator, which is activated when there is a crash. The Navy submarine is expected to track underwater signals from the locator. 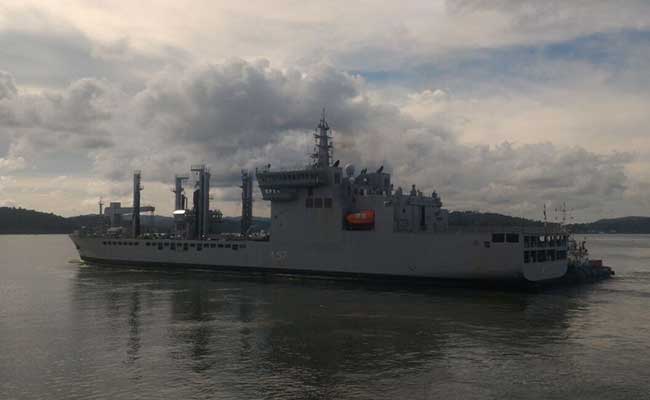 The Navy sent 13 ships to the region at full speed. (File Photo)

There are more than 100 Russian-made AN-32s in service with the IAF. It is an aircraft that can fly for up to four hours without refueling and can operate in all weather conditions.

"These aircraft are very strong, they are used as supply planes for mountains and deserts," said retired Air Force officer Praful Bakshi.