The Pentagon and the Trump Administration have praised India's efforts in Afghanistan. 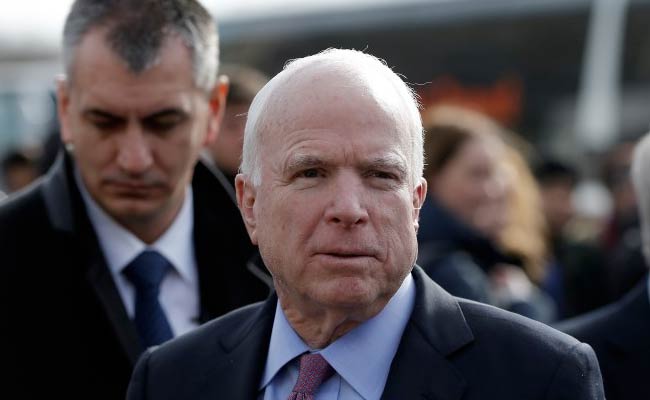 US Congressional committee, headed by John McCain suggested a greater role for India in Afghanistan

Washington: India can work on a trilateral basis with the US and Afghanistan to ensure security of the war-torn country and stability of the region, a powerful US Congressional committee has said.

Concerned over the current stalemate in Afghanistan, the powerful Senate Armed Services Committee, headed by Senator John McCain, said the US should leverage the capabilities of allies and partners to more effectively secure regional stability and security.

In a report attached along with the National Defense Authorization Act (NDAA) 2018, the committee said it believes that India, as a regional partner to Afghanistan and a major defence partner of the US, is well-suited to assist the Afghanistan Government to improve the security of the country and the broader region, and can work on a trilateral basis with the US and Afghanistan to do so.

"The committee also believes that timely actions by the Indian government to fill identified needs in Afghanistan would significantly benefit the short and long-term security and stability of the region," the Senate Armed Services Committee said as it passed the NDAA-2018.

"The committee believes that the US needs to recommit to the fight in Afghanistan and that India, as a major defence partner of the US and a contributor to regional security, has a critical role to play in this effort," it said.

The Pentagon and the Trump Administration have praised India's efforts in Afghanistan.

On February 9, General John W Nicholson, Commander of US Forces-Afghanistan, testified before the committee that "With over US $2 billion development aid executed since 2002, and another US $1 billion pledged in 2016, India's significant investments in Afghan infrastructure, engineering, training, and humanitarian issues will help develop Afghan human capital and long-term stability".

In its report, the committee noted that General Nicholson highlighted significant short-term materiel and training needs within the Afghan Air Force (AAF), and has personally urged India to provide this targeted support to meet urgent gaps.

Promoted
Listen to the latest songs, only on JioSaavn.com
In doing so, the committee expects that any increase in investment and assistance pursuant to this trilateral cooperation would take into account the mutual priorities of the three respective governments.