Blue Sky Analytics, the Indian climate tech startup founded by an IIT alumnus, also pointed towards a 12.2-per cent contribution by India to cropland fire emissions in 2020. 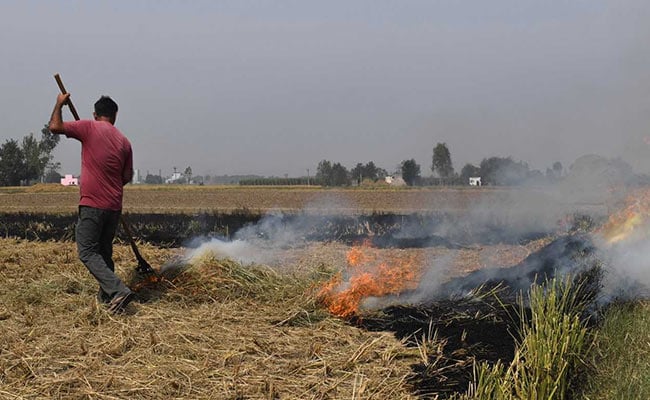 India is ranked at the top in emissions related to crop burning, accounting for 13 per cent of total global emissions for the 2015-2020 period, according to a new report released by climate tech startup Blue Sky Analytics, which is also part of global coalition "Climate TRACE".

Blue Sky Analytics, the Indian climate tech startup founded by an IIT alumnus, also pointed towards a 12.2-per cent contribution by India to cropland fire emissions in 2020.

The data in the report reveals new insights into recent trends in biomass fires, including emissions from forest and crop residue fires in India. For example, the data verifies the downward trend in crop fires being observed between 2016 and 2019, citing a reduction in the GHG emissions due to cropland fires by 11.39 per cent in the said period.

However, it also points to an increase in emissions by 12.8 per cent in 2019-20, increasing India's global contribution to 12.2 per cent.

Climate TRACE is a global coalition with a mission to accelerate climate action by providing independent high-resolution and near-real-time (GHG) emissions data. Its innovative approach fills critical knowledge gaps for all countries that rely on the patchwork system of self-reporting that currently serves as the basis for most existing emissions inventories.

"For effective climate action, it is essential to have an independent, system-level view of emissions. This is especially critical for sources like fires, which are rapidly increasing in frequency and scale, but whose emissions are still poorly tracked and accounted for in most multi-sector inventories," said Abhilasha Purwar, an Indian Institute of Technology (IIT) alumnus and the founder and CEO of Blue Sky Analytics.

The emissions estimates from Blue Sky Analytics cover both fires caused by human activities, including burning in forest areas for conversion to agricultural land or of crop residues and wildfire activity, producing a comprehensive picture of fire emissions.

"For far too long, climate action has been hindered by a lack of independent, verifiable data on emissions. Climate TRACE is built on the notion that we can only manage what we can measure," explained former US vice-president and Climate TRACE coalition convening member Al Gore.