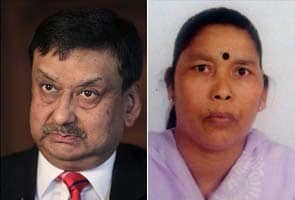 New Delhi: Government sources have told NDTV that Foreign Secretary Nirupama Rao has ordered a review of the policy of sending domestic help abroad. This comes after the allegations of mistreatment of domestic help, faced by the Indian Consul General in New York Prabhu Dayal.

The source has revealed that the government will look at the policies other countries have in this regard.

This comes after Indian government decided to back Mr Dayal saying the allegations levelled against him appeared to be "motivated and baseless" and voiced concern over Indian diplomats being targeted in the US.

"We are disappointed and surprised at the allegations against Consul General (CG) of India in New York, Mr Prabhu Dayal, by his former employee, which appear to be motivated and baseless," External Affairs Ministry spokesperson Vishnu Prakash said in a statement.

He said Mr Dayal had "impeccable personal and professional integrity" and India was "disappointed and deeply concerned that Indian diplomats and their family members should be targetted in such a manner in a friendly country like the US."

"Such actions impede the ability of the individuals in question to discharge their official responsibilities and cause untold mental harassment and anguish and they cannot be dismissed lightly," Mr Prakash said.

"The treatment being meted out to Indian diplomats or their family members, has resulted in negative public perceptions in India with attendant implications," he said.

Mr Dayal has been slapped with forced labour charges after his 45-year-old domestic help Santosh Bhardwaj accused him of treating her like a "slave".

Promoted
Listen to the latest songs, only on JioSaavn.com
Mr Dayal has termed the allegations as "mischievous and malicious lies" and apprised the Indian government about the case.

He said the help had suddenly disappeared in January 2010 and has now re-appeared with these allegations.