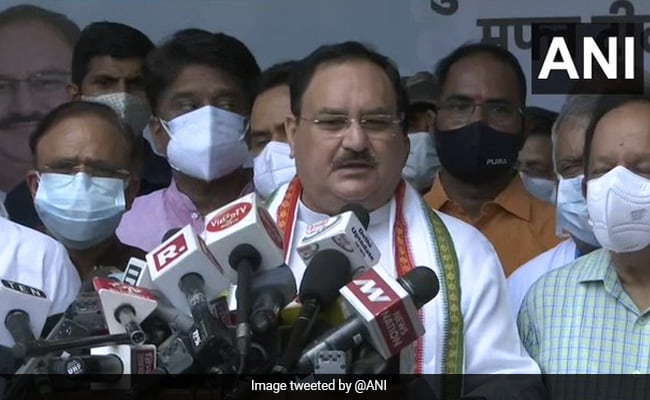 He said this while visiting a vaccination centre at the RML hospital in the national capital.

Mr Nadda said 130 crore people of the country have come forward to take vaccines on the call of Prime Minister Narendra Modi, despite the opposition trying to mislead them and create obstructions.

"Some leaders opposed vaccines saying they were not guinea pigs or mice. Those who doubted vaccines are now getting them. I want to ask such leaders if it was due to change in their mind, heart or soul," the BJP national president said.

He lauded BJP workers for helping people during the pandemic, saying that while other parties went into quarantine or the ICU, party workers risked their lives to provide relief to the people on the ground.

Mr Nadda said BJP workers in all booths of the country were reaching out to people to ensure implementation of the prime minister's call for vaccination.

He said that in India, the world's "largest and fastest" vaccination programme is going on and within nine months the country produced two indigenous vaccines against Covid under the leadership of PM Modi.