PM Modi said he saw the 121-country International Solar Alliance as the future OPEC for meeting energy needs of the world. 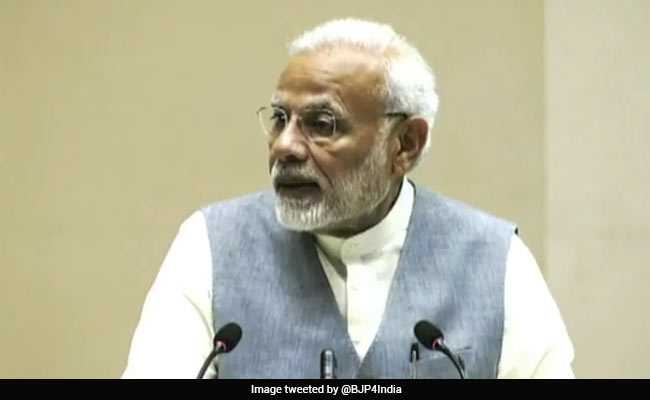 India is targeting 40 per cent of electricity generation from non-fossil fuel-based resources by 2030 as it looks to tap vast solar and wind potential to replace reliance on polluting coal to meet its energy needs, Prime Minister Narendra Modi said Tuesday.

PM Modi said he saw the 121-country International Solar Alliance as the future OPEC for meeting energy needs of the world.

Speaking at the first Assembly of the ISA here, he said the solar power will play the same role that oil wells have played over the past few decades in meeting global energy needs.

Humans have in the last 150-200 years relied on resources trapped below the earth's surface for meeting energy needs. But for a secure future, resources available above the ground like solar and wind energy need to be harnessed, he said.

Stating that the focus must be on renewable sources for meeting energy needs, he said India wants to bring all UN members on board of ISA.

PM Modi said 50 GW of renewable energy will be soon added to existing capacity and non-hydro renewable will contribute 20 per cent of total energy.

He said 28 lakh solar pumps can save 10 GW of electricity every year.