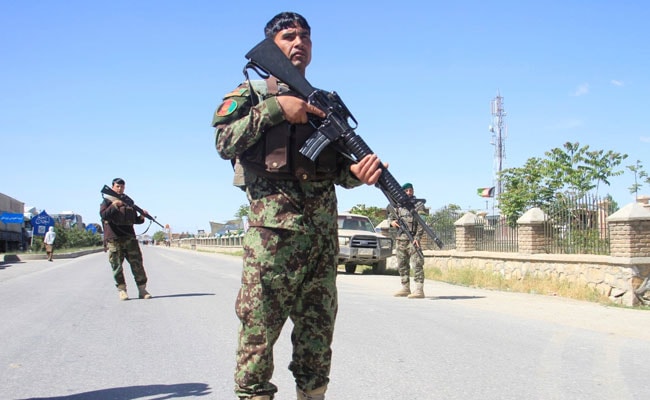 The Pentagon report noted that India traditionally has strong ties with Afghanistan. (File)

India is working with regional state actors, the Afghanistan government and Afghanistan power brokers to prevent transnational terrorist safe havens, and maintain access to Afghanistan as a gateway to Central Asian markets, said a Pentagon report released on July 1.

"The Indian government does not support the Taliban politically and continues to support the Afghan government. India has reiterated its support for an Afghan-led, Afghan-owned, and Afghan-controlled peace process," the report stated.

The Pentagon report also noted that India traditionally had strong ties with Afghanistan and remains the largest regional donor to the country ($3 billion since 2001).

"Indian aid to Afghanistan focuses primarily on four main categories: humanitarian assistance; major infrastructure projects; small and community-based projects; and education and capacity development," the report said while adding that a "significant deterioration of security conditions in Afghanistan, however, may adversely affect the ability of India to provide aid."

The report said the Al-Qaeda in the Indian Subcontinent (AQIS) "routinely supports and works with low-level Taliban members in its efforts to undermine the Afghan government and maintains an enduring interest in attacking US forces and Western targets in the region."

In February, the Trump administration had pledged to cut down US troop numbers in Afghanistan to 8,600 by mid-July, a reduction that has already been achieved.

In return, the Taliban promised to cut ties with al Qaeda and enter into infra-Afghan negotiations with the Afghan government.

According to media organisation CNN, despite the apparent Taliban failures to fully adhere to the agreement, US officials said last week that the Trump administration is finalising plans to further substantially reduce the number of American troops in Afghanistan, likely constraining the US military's ability to train and advice its local Afghan allies.

"Most of these groups focus their attacks within the South Asia region. Although ISIS-K aspires to attack the West, it likely remains limited to inspiring or enabling solitary attackers there. Terrorist sanctuaries on both sides of the Afghanistan-Pakistan border present security challenges for both countries, pose a threat to regional security and stability, and threaten US national security interests," the report said.

"Cross-border attacks periodically strain cross-border relations. During this reporting period, the spread of COVID-19 in the region threatened Afghanistan''s limited health and screening systems," it added.