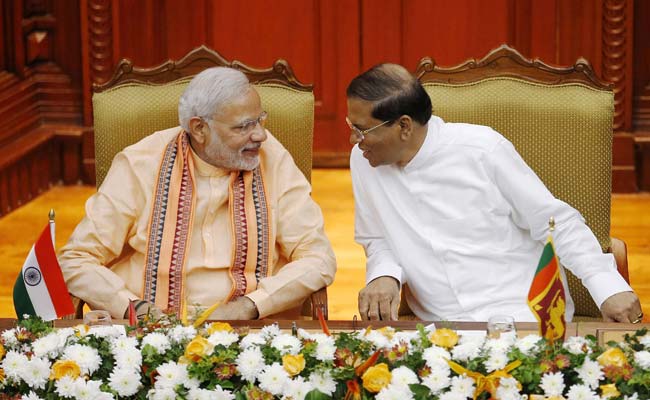 Speaking on the first visit to Sri Lanka by an Indian leader in nearly three decades, Mr Modi said the project could help the island nation lying to India's southeast become a regional petroleum hub.

Sri Lanka is strategically located on a shipping route between Gulf oil exporters and Asian consumers, and the eastern port of Trincomalee served as a crucial Allied supply hub during World War II.

"A joint task force will be constituted soon to work out the modalities. India stands ready to help Trincomalee become a regional petroleum hub."

Promoted
Listen to the latest songs, only on JioSaavn.com
Lanka IOC, a subsidiary of Indian Oil Corporation, operates 15 storage tanks out of 99 in Trincomalee. The Sri Lankan government had been considering developing the rest to increase its fuel storage capacity.