India Puts 18 Lions On Trial For Murder, And The Culprit May Get A Life Zoo Sentence 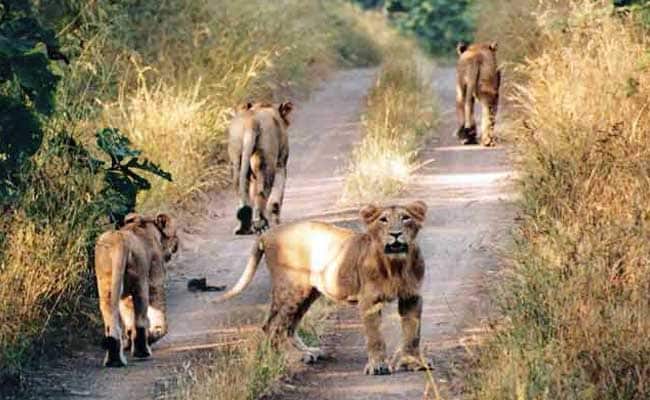 The 18 lions now in custody will have their paw-prints and feces tested, which police believe could indicate which is the culprit. (Representational Image)

Police have rounded up 18 male suspects wanted for the murder of three in Gujarat, an arid western Indian state.

If one is found guilty, he will be sentenced to life in prison. Or, a kind of prison at least: a zoo. The suspects are all Asiatic lions.

The species is endangered, and its population has dwindled as human settlements encroach on its remaining habitat. As that process speeds up, humans and lions are, of course, more likely to come into contact, leading to murders that go both ways.

There are approximately 400 Asiatic lions left in the wild, and they are the only lion population outside of Africa. Wildlife officials in India say that Gir National Park, where almost all these lions live, can only accommodate 270 of them, leading some prides to venture outside its boundaries.

India's Supreme Court recently ordered Gujarat to relocate some of its lions to other states, but the state is yet to comply.

The 18 lions now in custody will have their paw-prints and feces tested, which police believe could indicate which is the culprit.

"The officials are also studying the animals' behaviour. Man eating lions usually get aggressive at the sight of a human being," wildlife expert Ruchi Dave told the BBC.

J.A. Khan, Gujarat's top forest official, said, "We think we have pinpointed the guilty lion, but we are still awaiting the results of nine more animals."

Once the "guilty animal" is identified, he will be transferred to a zoo, and the others will be released back into the wild.