"Smell The Coffee": Congress's Chidambaram To Modi Government On Economy

"BJP government says, 'Can't do anything (on price rise); it's due to external factors'. But then why are they in power?" says former finance minister

Congress leader and former finance minister P Chidambaram today said the BJP government cannot simply blame "external factors" for price rise, and that India's growth forecast "will be slashed further" if no steps are taken. "The only one who seems to be happy about the economy is the government."

On the argument that the rupee's fall, slowing growth, and inflation are due to the war in Ukraine, he said, "Does the government, therefore, throw up its hands? Could I in 2013 (as minister then) have said, 'This is all because of the tantrums of the US Fed'? Could somebody say in 2008 that it was all because of the international financial crisis?"

"Why are you in government? You have to deal with external shocks as well as internal problems," said the Rajya Sabha member in an interview to NDTV.

For the falling rupee value — it touched another record low beyond 82 against the US dollar today — he rejected the defence that it's better than others. Comparisons with other currencies must also see that India's per-capita income is not equal to those countries', he stressed.

"We are weaker, we are poorer — for example in poverty, in maternal (and) infant mortality rate," he pointed out.

"Our imports are far more than our export... We have to practically import every chip that we use for Digital India," he said in a dig at one of PM Modi's much-touted initiatives.

The question is, he said, “What are you doing? I'm not saying the government can fully succeed, but steps must be taken.” 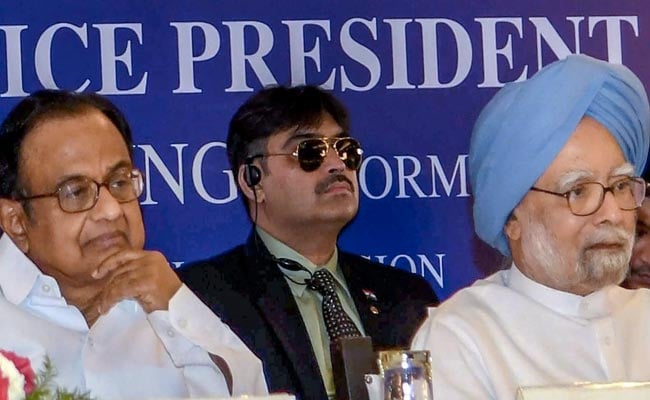 Under the Congress-led UPA in 2012 and 2013, Mr Chidambaram said, “rupee had fallen precipitously”.

He suggested attracting more investment as the first step, and then to control the current account deficit — the difference between imports and exports.

On fuel and growth

About the international crude oil prices falling, yet the government not passing on the benefit, he said, "Fuel prices are the crux of inflation,” and called for an immediate tax cut.

“The cess on fuel is a wholly selfish levy by the government to shore up its resources. This is not shared with states. GST rates are high too. Inflation today is 7 per cent; wholesale inflation is 12 per cent.”

To control inflation, he said, "First, we must be awake. The government is sleeping. It needs to get up, open its eyes and smell the coffee.” 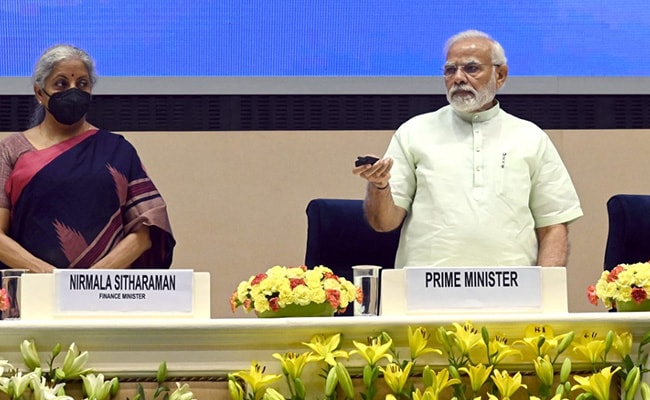 The World Bank yesterday projected it at 6.5 per cent for 2022-23, a drop of one point from its June 2022 projections. But it did note India is recovering stronger than the rest of the world from international setbacks such as the pandemic and the Russia-Ukraine conflict. India's economy grew by 8.7 per cent in the previous year.

"Even 6.5% is optimistic," Mr Chidambaram said.

Welfare schemes "as long as we are poor"

He also took a jibe when asked about the government's larger target of becoming a 5-trillion-dollar economy, which the Reserve Bank governor recently said is achievable only by 2029.

But on welfare schemes — which the PM recently criticised as "revadi" or "free sweets" — Mr Chidambaram said schemes such as free ration are “a moral and legal obligation, not a freebie, as long as there are a large number of poor people, and there is rampant malnourishment”.