PM Modi began his fifth speech from the Red Fort by talking about how his government had been working for the upliftment of backward sections. 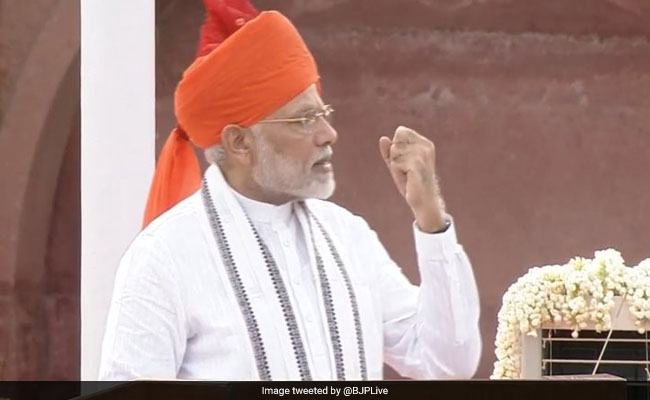 India is celebrating its 72nd Independence Day amid positivity and confidence stemming from its robust economy, Prime Minister Narendra Modi said on Wednesday.

"India has registered its name as the sixth largest economy in the world. It has created positivity. We are celebrating the festival of freedom in such a positive atmosphere," PM Modi said in his last Independence Day speech before the 2019 elections.

"The country is brimming with self-confidence and is regularly crossing new heights."

PM Modi began his fifth speech from the Red Fort by talking about how his government had been working for the upliftment of Dalits and backward sections.

He said the government, at the recently concluded monsoon session of parliament, gave constitutional status to the OBC (Other Backward Classes) and SC-ST (Scheduled Castes and Scheduled Tribes) Commission to protect the rights of the underprivileged.

"The session was devoted to social justice. The session witnessed the passage of the bill to create an OBC Commission. Dalits, women and other weaker sections of the society have been empowered," he said.